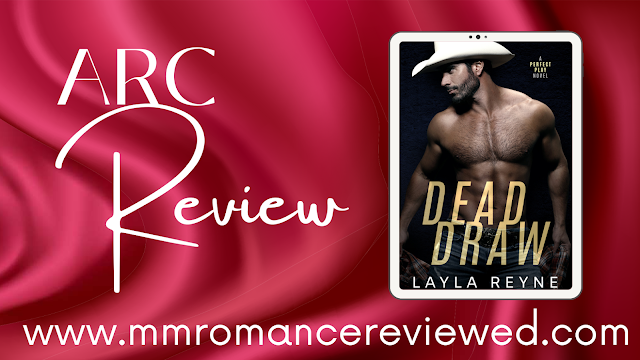 A marriage of convenience between two sexy FBI agents. Dive into a new series with FBI investigations, a teenage son, a meddling large family, and an attraction that can't be acted upon. Levi and Marsh are Layla Reyne's new power couple in Dead Draw.
From the blurb:
When a marriage of convenience is the only play left…
Special Agent Emmitt Marshall knows how to: 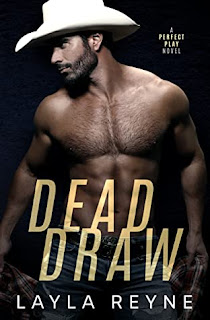 Wear a cowboy hat.
Hack anything.
Win at chess.
Fall in love with emotionally unavailable men.
He even knows the perfect play to catch the terrorists who killed his mentor.
Special Agent Levi Bishop doesn’t know how to:
Move on after his wife’s death.
Help his grieving son.
Pay off his mountain of debt.
Fix the mess some cowboy cyber agent made of his case.
The same cowboy who proposes a marriage of convenience to stop a common enemy.
Marsh is either the answer to Levi’s prayers—or a handsome nightmare in a Stetson.
Levi doesn’t know.
But both men do know their cases and lives are at a dead draw.
There’s only one play left…
I do.
Layla Reyne returns with an all-new m/m romantic suspense series featuring a cocky hacker with a heart of gold, a widowed father who needs so much help, and a plan only a cowboy could cook up. Grab your hat, hold tight to the reins, beware of the cliffs, and enjoy the ride!
SNik's Review:
Dead Draw is first in series, Perfect Play, with an ongoing story arc and the same main couple. Slow burn.
FBI cyber agent Marsh will do anything to find the people that killed his friend and mentor, even propose marriage to another FBI agent in order to get access to his case.
Widower and father Levi is barely hanging on, juggling bills, a teenage son, and a case that has him running in circles, he can’t believe that he agrees to wed fellow agent, handsome Emmitt Marshall.
An emotionally unavailable man is Marsh’s kryptonite, and Levi is beyond capable and sexy, plus they have all kinds of UST while living and working together.
Levi wants to give Marsh a chance but there is an end date on their time together, and he isn’t willing to take the risk knowing Marsh will leave once their cases are solved.
There is a lot of story build around the FBI investigations, a full and interesting secondary cast, action, and some cameos from one of the author’s previous series.
The ending was a little abrupt with a soft cliffhanger, so this is a HFN for Levi and Marsh, leaving the reader wanting more and I am looking forward to how the series will unfold.
Rating: 4.25 Stars
Jacqueleen's Review:
Dead Draw marks the first book in a series about everyone's favorite cowboy hacker. For those not in the know, We've met Marsh before. He appears in Silent Knight , which is part of the Fog City series and was also a long awaited book featuring Brax and Holt. Marsh also shows up in another one of Rayne's MMF standalones What We May Be. In both instances he made an impression.
I'll be honest and say I was definitely part of the masses begging for his story and now we finally got it!
Now the romance. Marsh and Levi are both FBI agents and due to a strange set of circumstances find themselves in a marriage of convenience. However what isn't convenient is convincing their families and co workers their marriage is the real deal. There are a few people in the know, and that includes Levi's son David. I was happy David was included in the decision. The boy just lost his mom to cancer a few years before and he's well aware his fathers job isn't a picture of safety. He deserved to have some control over his life after everything. What I don't think David or his father expected was for this marriage to end up closer to real than fake by the end of book 1. It's definitely a SLOW burn folks. Marsh and Levi have barely scratched the surface of taking things to the next level before things in the case they are working on reach a peak as well.
Dead Draw was pretty plot heavy, so I'm looking forward to book two where I expect we'll get more into the romance as well as deeper into the tangled web of traffickers our MCs are after.
Rating: 4 Stars
Tatted_book_freak's Review:
Hot guys, suspense, intense actions scenes, and a helluva lot of sexual tension makes for an exciting performance by a somewhat new to me author. Having only previously listened to one of her audiobooks, Silent Night, I am officially hooked for the unforeseen future! The ferocity of her characters, mixed with the excitement of her storyline, drew me in right away. Not mentioning there’s always something about a man in uniform, now adding a Stetson hat and I’m in love!
“𝕀𝕗 𝕀’𝕞 𝕪𝕠𝕦𝕣 𝕥𝕪𝕡𝕖, 𝕪𝕠𝕦’𝕣𝕖 𝕞𝕚𝕟𝕖, 𝕕𝕒𝕟𝕘𝕖𝕣𝕠𝕦𝕤𝕝𝕪 𝕤𝕠, 𝕒𝕟𝕕 𝕟𝕖𝕚𝕥𝕙𝕖𝕣 𝕠𝕗 𝕦𝕤 𝕔𝕒𝕟 𝕒𝕗𝕗𝕠𝕣𝕕 𝕥𝕠 𝕝𝕠𝕤𝕖 𝕤𝕚𝕘𝕙𝕥 𝕠𝕗 𝕨𝕙𝕒𝕥 𝕞𝕒𝕥𝕥𝕖𝕣𝕤 𝕙𝕖𝕣𝕖.”
Marsh and Levi were such lovable and relatable characters. One, intense, passionate, sexy, intelligent, and protective then the other who’s hurting, loyal, dedicated, and a vulnerable single Dad. When coming together, they are such a fierce, power couple, working off one another and complementing the other. And, their sexual tension was exploding from the paper! Fireworks erupting once they finally intertwined, leaving me panting for more.
“𝕀’𝕞 𝕤𝕥𝕚𝕝𝕝 𝔹𝕒-𝔹𝕒, 𝕒𝕟𝕕 𝕪𝕠𝕦’𝕣𝕖 𝕤𝕥𝕚𝕝𝕝 𝕋𝕖𝕤𝕒𝕤. 𝔻𝕖𝕒𝕝 𝕨𝕚𝕥𝕙 𝕚𝕥.”
On a side note, can we discuss once again how adorable Lily is?!? And seeing Brax and Holt again was such an added bonus!
Rating: 5 Stars
Want more?  Check out the release blitz post here: 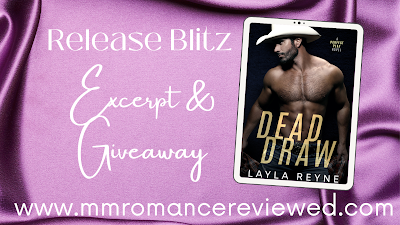