Cover Reveal - Talk To Me by DK Sutton ( Re-released Cover) 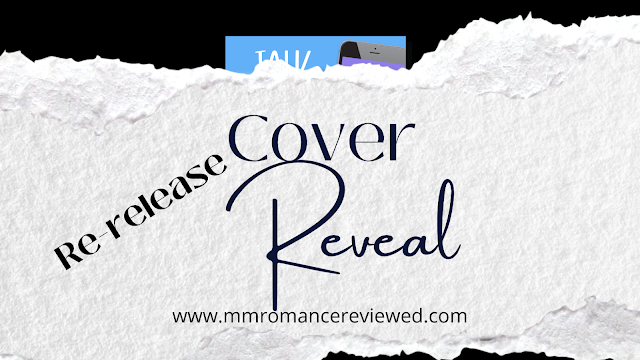 So excited to be able to share the re-released cover for Talk To Me by DK Sutton!   It's out in the world now and ready for you to grab and love in either e-book or paperback and yes it's on KU! 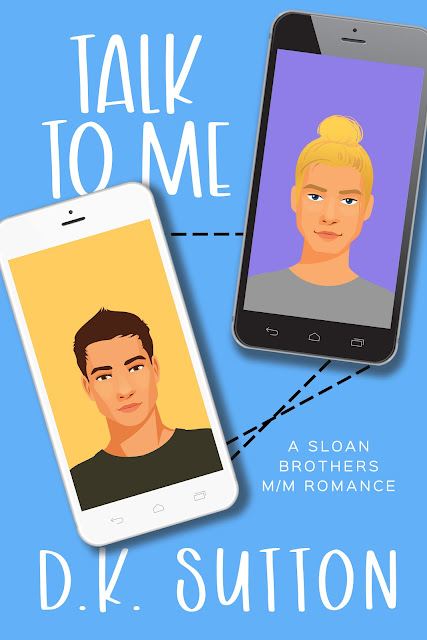 Okay, so healthy might not be the best way to describe the feud between me and Chase Corrigan. How does he beat my customer service numbers—and get the bonus—every month? We’re complete opposites. I’m a people person. He avoids everyone. Sure, he’s gorgeous with long blond hair and icicle-blue eyes that match his personality, but I like my guys a little more thawed out. I’m determined to take him down.

All that changes when my plan backfires. I get to know the real Chase and realize why he’s so private. I can’t stop thinking about him. The problem? Chase Corrigan doesn’t have a casual bone in his entire body.

And I don’t do serious.

Maxwell Sloan is everything I detest in a man: loud, obnoxious, and way too full of himself. He craves attention. I want to be left alone. And although I relish beating Max out of the top spot each month, it also makes me his favorite target.

I’m not a violent person but when Max volunteers us for a work project, I want to knock that smirk off his not-at-all-gorgeous face. Working closely with him brings out all the feelings I’ve tried to ignore: anger, frustration, and this intense feeling of being alive. But I’ve been with men like Max before, and I’ll never put myself in that position again.

If only my heart would listen.

Talk to Me is a 50.000-word m/m romance with a HEA. It’s the first book in the Sloan Brothers series but can be read as a stand-alone. The book includes a steamy office romance, scheming gamers, and an adorably high-maintenance terrier.

Thankfully, the room was empty because as soon as I reached the small room they sold sodas and snacks in, Chase grabbed my arm. So much for boundaries.

“What the hell is your problem?”

I stared at him in shock. Of all the times Chase had snapped at me, he had never lost his cool. Not like this.

His eyes flashed as he leaned closer jabbing me in the chest and breaking that protective bubble twice in less than a minute. “My life is not a game for you to play. I am not here for your amusement.”

I tried to step back, away from all that intensity aimed at me, but I had nowhere to go. The dorm-sized fridge holding the sodas dug into my back. I was unprepared for the passion radiating off him. Damn, angry looked good on him. The man was stunning.

“I want an explanation,” he continued. “What the hell is wrong with you? The question is not rhetorical.”

“Okay, um, hold on…” I held up a hand, not sure what to say. I’m a little bit obsessed with you. Probably not the best way to start.

Chase shook out his hands possibly to dispel the electrical current hidden underneath that cool façade. “Answer me, Maxwell.” My name on his lips sounded like sin.

I brought up both hands, trying to calm him down. “Maybe if you stepped back, I could think,” I said. “This is my bubble…” I pointed around me.

“Don’t you dare.” His voice was low and dangerous.

“Look, Chase. I’m sorry I dragged you into it. I honestly thought you’d be interested. Turnover has been crazy around here.”

“I’m not buying it,” he said, crossing his arms and tilting his head. “You’ve been fixated on me for some reason. Trying to take me down or something? Make me look like an idiot?”

“No. That is not what I’m doing.” I tried to show him I was sincere, but was I really? Wasn’t that exactly what I was trying to do? Or had my intentions changed? I wanted to get to know him. That would help me figure out how to beat him. Right? “Maybe I just want to be friends.” But who was I trying to convince?

“That would imply there’s a war going on.” He indicated between the two of us. “This thing you have going on, it’s been all one-sided.”

“I’ve tried ignoring you, but if it’s a fight you want, then let’s go, because I don’t let anyone, not even cute preppy boys who think they’re all that, push me around.”

“Wait, this was you being nice?” But I was talking to his back. I could tell by the straight spine, he’d heard me. I watched him leave, enjoying the extra sway in his ass. I should have been worried. This was not the way to get on his good side. But the challenge in Chase’s eyes was so tempting, I couldn’t resist.

Grab your copy of Talk To Me by DK Sutton today!   It's out in the world now and ready for you to grab and love in either e-book or paperback and you can read it for free with your Kindle Unlimited Subscription.

Here's a sneak peek at the next book in the series -  Message Received. It’s a prequel to Talk to Me and is Sean and Ben’s story. (Chase and Max’s bosses).  Watch for more information about it - coming soon! 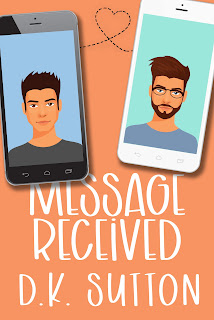 Rules are made for a reason. They keep life from getting messy and unmanageable. I know this better than most thanks to my last overly spontaneous boyfriend. I thrive on structure and doing things correctly. My new employee does not. Sean disrupts everything in my orderly life and makes some rules more difficult to follow:

Don’t kiss my employee no matter how tempting he is. Don’t let him see how much I want him. And most importantly—don’t give up control and let him dominate me.

My job might not be the only thing at stake.