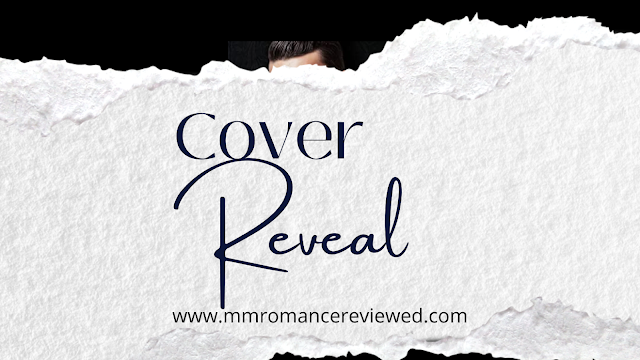 So excited to be able to share the delicious cover for Lark Taylor's upcoming release, Devil's Mark, which you can pre-order for release on July 20th: 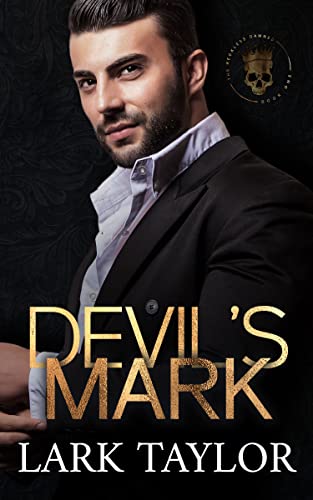 Blurb:
Cal and his brothers turned their backs on the family business over a hundred years ago – but Hell is tired of waiting for them to return.
Cal
I’ve never wanted a relationship – especially not with a human. With my father demanding my return to Hell and a demon leaving dead bodies in my bookshop, now is not the time to be losing my heart. But one look in Oscar’s broken eyes and I know I’m in trouble.  Oscar’s been hurt before and everything in me is screaming to keep him safe. How can I do that when I know being with me will only put him in more danger?
More importantly though, am I strong enough to walk away from him?
Oscar
After escaping my last relationship with broken bones and an anxiety disorder, I’m tired of living half a life. My world revolves around my classroom, flat, and best friend. When fate throws Cal in my path, he seems too good to be true. Not only does he look like he’s been pulled from my fantasies, but my baggage doesn’t scare him. Ok, so there’s the tiny issue of him being a demon, but I’ve dealt with far scarier.
I’ve been broken once before, and I don’t think I’d survive it again. Can I pull down my barriers enough to let Cal in?
‘Devil's Mark’ is a thrilling high heat, hurt/comfort, M/M contemporary paranormal romance with a HEA and no cliff-hanger. It features a possessive demon and the broken teacher who captures his heart.  ‘Devil’s Mark’ is the first in The Reckless Damned series but can be read as a standalone. Each book focuses on a different couple and will have a HEA.
Trigger warning for emotional abuse and domestic violence in a previous relationship, anxiety attacks, and descriptions of violence.
Excerpt:

Shifting against the balustrade, I sipped my drink as I continued scanning the crowd. There was a veritable buffet of choices before me, but for some reason, no-one was appealing. What was wrong with me tonight? The thought of choosing one of these men to warm my bed for the night was making me feel uneasy which wasn’t normal for me. Like Harlow, I could hardly be called discerning. My usual criteria was male, human, and consenting.

The longer I spent looking from man to man, the more the feeling of unease intensified. Before long, it was accompanied by a roiling under my skin and itching that seemed to be getting worse and worse. It was as though my body was tensed ready to fight or flee. My instincts were subconsciously picking up on something that I was missing. It didn’t feel like danger but like change.

Something was about to happen. Something huge.

And I had no idea what it was.

I couldn’t stand here and just wait for it. Downing the rest of my drink, I headed for the stairs. The prickling feeling increased with each step, my muscles bunching and tightening. I’d barely made it halfway down when a force slammed into me with the force of a speeding train. Using the banister to hold myself upright, I gasped in giant lungful’s of air as I tried to regain my composure.

What the fuck was happening to me?

Scanning the club to see what had my instincts lighting up, my eyes fell on a someone, and everything else ceased to exist. All the strange sensations faded away, my panic from moments ago disappearing into mist, as I drank in the sight of the man by the door.

Standing at about five foot seven, the man was scanning the crowd as though he were looking for someone. Even at this distance, my superior eyesight could pick out the light dusting of freckles across his nose. His eyes were green with flecks of gold and were wide as he cast his gaze across the dance floor. He bit on his lip and shook his hands like he was expending nervous energy. My eyes zipped down his lean body. Unlike most of the clubgoers, his skin was mostly covered by a light blue buttoned shirt and tight black jeans. His coal black hair was longer on top, distracting curls falling across his forehead.

The only problem was that he wasn’t alone – a giant of a man stood close to him, talking rapidly, and gesturing at the dance floor.

Nothing else mattered to me now other than introducing myself to the captivating man and hoping he would be amenable to a night of fun. He wasn’t my usual type, but there was an aura about him that called to me. Whether it was the way he kept shuffling in his Converses, or the small smile on his lips as his friend pulled him towards the bar; whatever it was had me interested.

At least, I hoped it was his friend. Although the bigger one was clutching his hand as he pulled him through the crowd, the touch was lacking the intimacy of lovers.

Jogging down the last few steps, I made a beeline for the bar. My conquest for the evening was already there, ordering a drink from my brother, who was grinning down at him like he was a delectable snack.

I don’t think so.

Catching Mori’s eye over the top of the man’s head, I asserted my authority by mouthing the universally recognised code of siblings – even demonic ones.

He scowled at me for a moment, no doubt calling me a few choice words in his head, before moving away to get the guy’s drink. I drew a deep breath as I moved up behind the man. This close, I could smell lingering hints of his cologne – an intoxicating mix of vanilla and spice. His spine was stiff, his muscles taut. Was he stressed? Uncomfortable being in a club?

Why do you even care?

Shaking myself, I curled my lips into my most charming smile and reached out to dust a touch over his forearm. A hum of power zapped between us the second my skin connected with his.

What the fuck was that?

As he turned, I swear time slowed down.

His eyes lifted to meet mine, and everything stopped.