Below Stairs at Crofton Hall by Rebecca Cohen 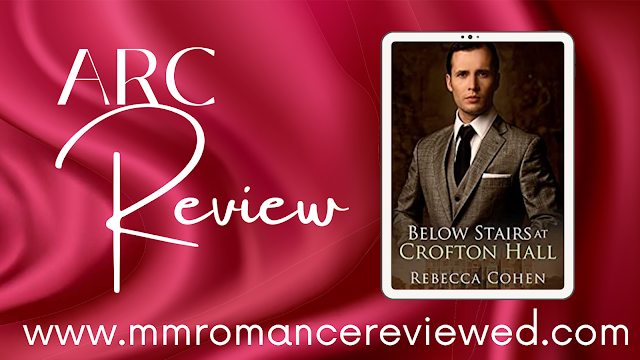 Rebecca Cohen takes us back to Crofton Hall and into the lives of everyone under it's roof!  We get more Ben and Ashley, and of course Dara, then we get to meet some of the newer staff!
From the Below Stairs at Crofton Hall blurb: 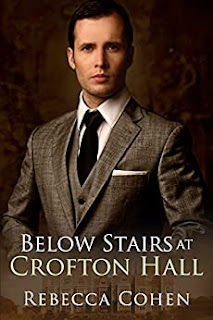 Karl Vinter joins the staff at Crofton Hall as the new under butler. He's too busy to bother with relationships, but he's more than happy to explore a friends with benefits arrangement with gardener, Val Blake. He couldn't imagine a more perfect way to settle into is his new life at Crofton Hall. Pity pesky things like feelings start to get in the way.
Meanwhile, Ben Redbourn, 16th Earl of Crofton, is trying to find the perfect way to propose to Ashley, his boyfriend. He's going to need all the help he can get, especially after at least one misstep and that he's never given Ashley any indication he wants to get married.
This is the third Modern Crofton novel, featuring Benjamin Redbourn, the 16th Earl of Crofton and descendant of Anthony Redbourn, 1st Earl of Crofton from my historical series, The Crofton Chronicles.
Heather's Review:
I absolutely adore the way Rebecca Cohen weaves together Ben and Ashley's continuing story with new couples each book and this time, the pairing of new under butler and gardener Val was absolutely amazing!
I think Val is my favourite - a little lost, lacking in confidence and starting to build his life around his new normal at Crofton Hall after some serious life setbacks.  Karl is a great pairing for him, more confident, more worldly and despite being new to Crofton Hall, willing to take charge.  Their relationship is a slow burn, building piece by piece.
The pacing, the continuous threads that weave together and the characters themselves all make Below Stairs at Crofton Hall a must read if you're following the series!  And I do recommend starting the series from the beginning with Saving Crofton Hall.
Rating: 5 Stars
5 Stars co-workers Heather recurring characters Series slow burn