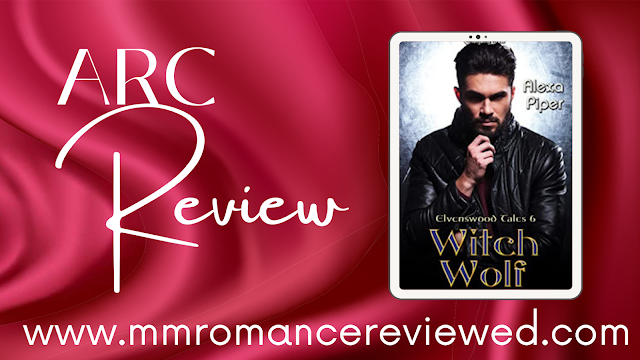 The Elvenswood Tales returns in the standalone story, Witch Wolf.
From the blurb: 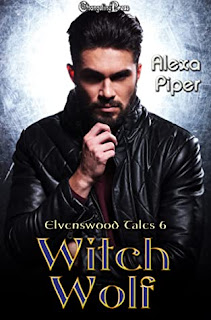 Will is a witch wolf, a werewolf who can do magic, but his life so far has been anything but magical. He was sold by his own pack and for four years, Will suffered as a slave to his captors -- who used him any way they wanted. Now, after a leap of courage has brought him to Colin’s doorstep, Will’s past should be just that, his past.
Colin can see the new apprentice he’s supposed to teach magic has been hurt. Colin wants to comfort the young werewolf who takes to magic much more easily than he takes to human contact. Their attraction seems mutual, but how can Colin be certain Will even knows what he wants?
As slow affection grows between Colin and Will, Will’s magic does as well, and he allows himself a sliver of happiness. Except the dark past Will thought he escaped from is not quite done with him, and now, it’s not just Will's life on the line, but also Colin’s, the witch Will’s heart is beating for.
WARNING: Witch Wolf contains references to past sexual assault (with none of it happening on the page), which may be triggering for some readers.
Janet's Review:
Will is a wolf that can do magic. He hasn’t had the best life thus far; he’s been abused by his former pack.
Colin accepts Will as his apprentice and is warm and caring. I loved that Colin could see the real Will and want to help him with his magic. Will’s past comes back to haunt him.
This overall was a fantastic read that is well written with good pacing that flowed nicely.
Rating: 5 Stars
5 Stars ARC Janet Paranormal Series Standalone Trigger Warning witch Wolf