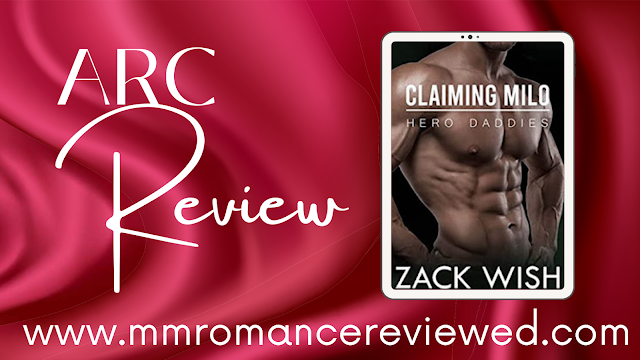 ‘W-w-w-what are those?’ Milo exclaimed as he rubbed his glowing ass. ‘Are they… what I think they are?’ Luther nodded, a huge grin on his face.' Claiming Milo.
From the blurb: 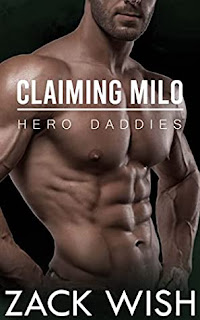 There are times when a Hero Daddy must claim his Little…
Milo is a Little who also happens to be a risk-taker known for his viral skateboarding stunts. Adventurous, free-spirited and with a quirky sense of humor, Milo loves living life. But when a stunt goes wrong, Milo must reevaluate everything.
With a serious ankle injury and his livelihood at risk, Milo is lost. Not being able to skateboard and have fun brings back bad memories from his youth. With New York’s biggest skate competition on the horizon too, things aren’t looking good. At all.
Milo needs to get back on his skateboard and get his head back into the right place. Milo might just need a Hero.
Luther Dorn is an ER doctor known throughout the city. He’s the best. There isn’t a surgery he won’t take on. Luther is also a Daddy Dom with a serious streak of discipline in him - and a whole load of other extra kinks too.
Luther hasn’t found his Forever Little yet. His long working hours and serious side have made it so difficult he’s practically given up on the idea of a DDlb relationship.
But Luther can’t believe how cute Milo is. His Daddy Dom senses are turned up all the way.
Luther agrees to perform a new ankle surgery on Milo, but only if Milo agrees to follow Luther’s strict rehab regimen. The pair will have to live together for the duration of the rehab, but the biggest challenge will be how they handle each other…
Claiming Milo is an MM Age Play romance featuring consenting adults who are perfect for each other. It includes spanking, suspense, sweetness, and a full-blooded Happy Ever After. Enjoy!
A Hero Daddies book that can be enjoyed as a standalone with no cliffhanger.
Laora's Review:
Milo got his story, with sexy ER doctor Luther. I liked reading the book, for me this was the one where it took me a bit to connect with the characters. Might just be me, Milo is a fun very little rules 'little' who after a skate stunt gone wrong meet his daddy to be, Luther, who he has seen in the club he plays at. As we are used to in the earlier books Zack finds a way to add the forced proximity since Milo needs to rehab in Luther his home.
But after awhile I got into the story. I however would have liked a bit more backstory for  Luther. It was of course nice to get glimpses of the mc's from the earlier books. And I am wondering if we might see James and Zinger in upcoming books.
If you like a fun, light read  this age gap DDlb book with a touch of Estim this is the one for you.
Rating: 4 Stars
Claiming Milo is currently available as an e-book and can be read as part of your Kindle Unlimited Subscription
4 Stars Age Play ARC Contemporary Daddy KU Laora Series spanking Standalone