The Lies of Gravity by C.N. Marie & Lizzie James 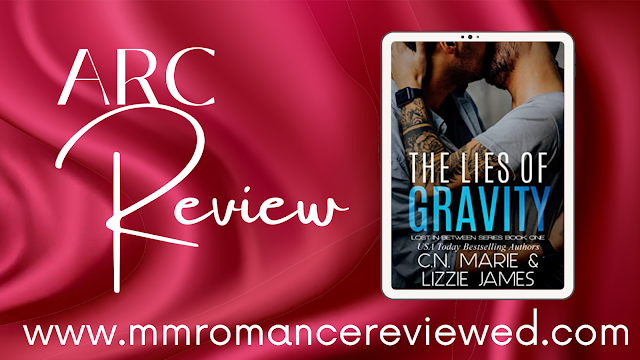 Janet calls The Lies of Gravity,  "a fantastic read!! Freddie and Luke were both players until they met and started to think differently."
From the blurb:
Book #1 in the Lost in Between series
A crossover novel from C.N. Marie and Lizzie James 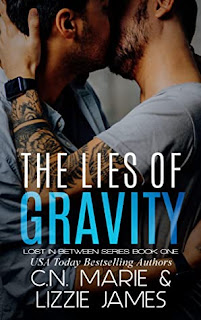 Freddie
I was a player. Relationships and me never seemed to work out. I was career-driven and focused on my professional goals.
I had no clue how much my life was about to change when he blew into my world. I always thought I was an open book. Unfortunately, there was a secret in my life that could possibly destroy us.
How wrong was I? I was completely unprepared for how much damage one little secret could cause.
Luke
Watching my friends get married, it changed me. For the first time, it made me want to be as happy as they were.
Unfortunately for me, I had no clue that when my forever did turn up, I would push him away. That all the lies and secrets that came between us would do nothing but push me away from him and create a distance that I had no clue how to bridge the gap on.
These two were like gravity… Will they let the lies and secrets continue to come between them or will they be mature enough to stand up and fight for what they want more than anything else.
Janet's Review:
A fantastic read!! Freddie and Luke were both players until they met and started to think differently.
Luke came to America when his best friends get married and decides to stick around for a while. He gets a job bar tending where he meets Freddie. Freddie works at the same hotel where Luke is tending bar.
This story is a highly charged emotional, it’ll leave you hot and bothered one minute and the next you’ll be crying.
Freddie doesn’t do relationships but for the first time he wants one when he meets Luke.
Luke is a one and done kind of guy but he’s willing to change his rules for Freddie.
The story line was well thought out and executed perfectly. The characters were complex with multilayered depth and very well written. The story grabbed me and kept me enraptured, I couldn’t stop turning the pages.
Rating: 5 Stars
Heather's Review:
The Lies of Gravity was a good read within an established world... but for me there were tiny pieces  missing because I picked it up as a M/M read not having read any of the M/F stories that surrounded it in previous series..  Especially when we got to the crisis scene, I felt like I was a half step behind the characters once everyone was starting to intermesh...
That being said, I really loved Freddie and Luke's story and their budding relationship - the heat, the angst and the emotion were all there and on point and it was a well written and well paced story.
Rating: 4 Stars
The Lies of Gravity is currently available in e-book and paperback and can be read as part of your Kindle Unlimited Subscription
4 Stars 5 Stars ARC Contemporary Emotional Heather Janet KU steamy