The Devil You Know by S.J. Coles 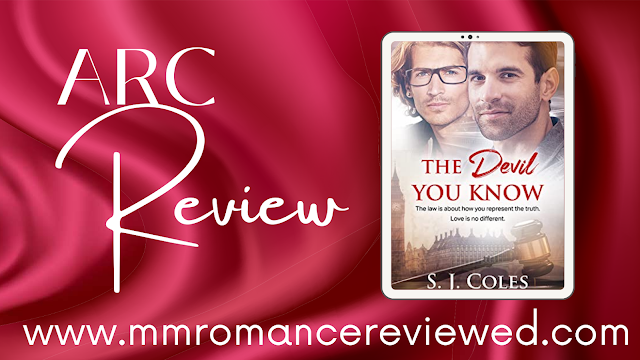 Provocative and bold, The Devil You Know tackles difficult topics in a sensible way. My first court-room drama murder mystery and I loved it.
From the blurb:
The law is about how you represent the truth. Love is no different. 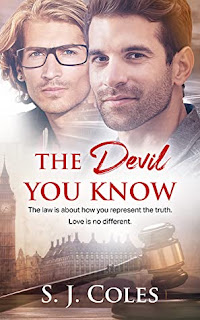 Hilary Whyte believes that he has left his teenage troubles—and the person who embodied them—in the past. He has spent a decade building his career as a defense solicitor, believing that despite his troubled past, even the worst human beings deserve justice.
Now he has a promotion on the horizon as well as a fairytale wedding to his film star fiancé. On paper, life couldn’t be better.
But now he is being made to represent Dom Gosford, the boy who made his adolescence a living hell, on a double murder charge, and Hilary can’t be sure he is innocent. As the trial approaches, the two men are forced to travel a road of discovery, only to find that the truth of their connection goes much deeper than the question of who killed Lizzie and Dean Wood.
Reader advisory: This book contains a graphic description of murder and references to suicide, paedophilia, blackmail, pre-marital infidelity, and child pornography.
Zakiyya's Review:
I've always steered clear of books with infidelity but that blurb was what made me decide to take a chance on this one and I'm really glad that I did cos it was blatantly obvious early on that Hilary and his fiancé were never going to work. While that, in no way condones cheating, that is also one of the reasons why I enjoyed this book - neither one of the MC's were portrayed as perfect - but they definitely felt real. And I liked that it fit within the context of this story.
Hilary, in court, was so, so hot and it made me enjoy every bit of the court case. His and Dom's long, difficult and continuing journey towards forgiveness and healing comes through nicely and they were most definitely hot together....🔥🔥
I found the supporting characters to be equally well-written and while you do figure out who the murderer actually is before it's revealed, what keeps you absorbed is that unwavering need to see how it all plays out.
I liked that this is a complex book, cos it means it’s one that doesn’t run away from controversial jabs or unpopular opinions.
This book made me realize, that taking a chance and stepping out of my comfort zone a little more, may prove to be a good thing ... 😘
Rating: 5 Stars
Miki.J's Review:
WOW !!!  The Devil You Know has totally blown me away !  I don’t normally do court drama’s etc but I thoroughly enjoyed this novel.
It had the drama and suspense, with characters that you either love or hate, or just love to hate and it just hooks you right in !!  There's also the back story between the 2 MC’s (school enemies) ... which just adds another depth to the storytelling.
It's told from 1 POV (Hilary) and we him trying maintain a balance of his work and personal life …along with everything else.  It’s a strong, passionate and romantic story – very real life - on top of a court drama/suspense.  Brilliant novel !!
Rating: 5 Stars
Sarah C's Review:
SJ Coles has a way with suspense that makes their writing stand out completely, and The Devil You Know is no different.

This book centers around a murder investigation where Hilary is the lawyer for Dom. Dom is accused of murdering a former employee and insists that he didn't do it. Hillary isn't quite sure he believes him, especially at first, but its his job to at least sow enough reasonable doubt that Dom doesn't go to prison for the rest of his life.

And the court case is the central plot. Make no mistakes about that. A good portion of the story is in trial, is in the meetings between Dom and Hilary, is in gathering information about the case. And it makes for a really great story, because there are a lot of questions about what happened to the murdered victims and why Dom won't just say what he was doing on the night in question.

The characters themselves are very grey. Hilary is engaged - in a very public engagement and planning a very public wedding. Dom is married, though he and his wife have an arrangement. There is infidelity. There is also a history between Dom and Hilary from high school that makes Hillary's inability to trust the other man make a lot of sense.

This book balances out the romance and lust with the court case and suspense. I had a pretty decent idea of how things went down, but I was still shocked a little by how it all played out in the end.

This book is a single POV (told from Hillary's POV) standalone full of suspense and I highly recommend.

Rating: 5 Stars
For even more about The Devil You Know, click on the graphic below to see the Release Blitz, Excerpt and Giveaway: 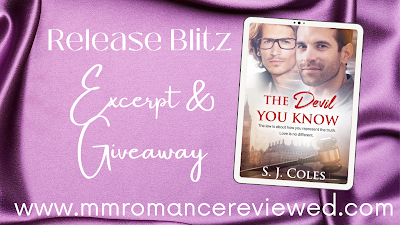