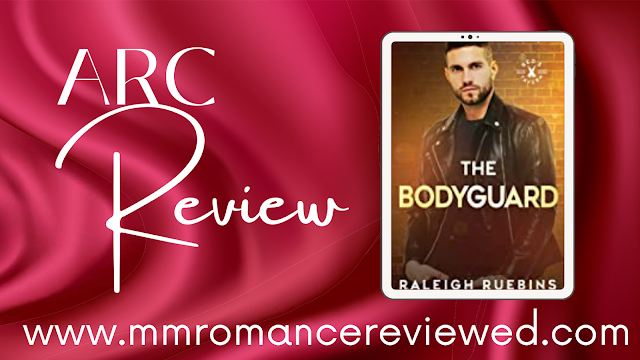 Set around Red's Tavern, The Bodyguard is a sweet low angst, lower heat story.
From the blurb:
He’s the hot, charming movie star that everyone craves.
But what he needs is my protection. 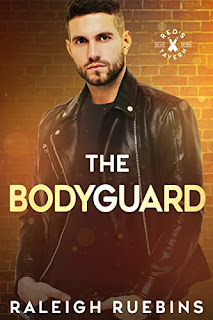 My whole life, I’ve been training in martial arts, learning security protocols, and keeping my body strong. I was a bouncer at clubs and an overnight security guard, but in my heart, I’m just a small-town guy. Until recently, I haven’t had much to “protect” other than the chickens in my mother’s backyard.
Then Theo Castille crashed into my life—like the wild, beautiful shooting star he is.
Theo is a world-famous actor who gets more attention than any person could handle. He’s pretty and flirty, but on the inside, there’s something broken. When I learn that he’s being stalked by a dangerous man, all of my protective instincts kick in.
Theo hires me as his personal bodyguard, and for the first time, I feel useful. I’m by his side at all times. He can’t take care of himself, so I teach him how. He can’t sleep, so I sleep next to him.
But soon I’m addicted to being close to him. And when he kisses me, desires I’ve had for years come roaring to the surface.
I’d do anything to protect him.
But I’m not sure I can protect my own heart from falling in deep when Theo’s in my arms.
Zakiyya's Review:
The one thing I really liked about Roman and Theo’s story was that there was none of those topics of money being focused on.
It was refreshing to see no insecurities due to one of the MC’s being richer than the other.
I wish there would have been a little more steam between the MC’s cos the potential was definitely there.
The Bodyguard definitely makes for some low-angst and light reading.
Rating: 4 Stars
Jacquie's Review:
After their initial meeting and scorching kiss, their chemistry bubbles away until later in the book in a lovely slow burn.
I really liked Roman as a character but he does seem to have some discomfort with his bisexuality, seeing himself as less valid than his brother. For me, it was sometimes a little uncomfortable reading.
I've read all of the series but this does work as a standalone. I'd advise at least reading The Tight End for best enjoyment first because Roman features in that book.
Despite the stalker storyline, The Bodyguard is low in drama. It's just a sweet, enjoyable read.
Rating: 4 Stars
Heather's Review:
Once again, Raleigh Ruebins has given us a sweet and steamy romance featuring Red's Tavern - this time, it's Brody's brother, Roman who stumbles into his HEA when a new guy in the area shares a scorching hot kiss, tries to hook up with him, and then becomes his first client as a bodyguard!
I love that Roman has no idea who Theo is, and even when he puts all the pieces together doesn't change his interactions, other than to add a professional mask to his interactions until he just can't resist..
The Bodyguard was well paced, with a well explained slow burn, just a pinch of drama from the stalker storyline, but almost no relationship angst.  It's a great curl up and read story.
Rating: 4 Stars
The Bodyguard is currently available as an e-book and can be read as part of your Kindle Unlimited Subscription
4 Stars ARC bodyguard Contemporary Heather Jacquie KU low angst Series slow burn Standalone Zakiyya