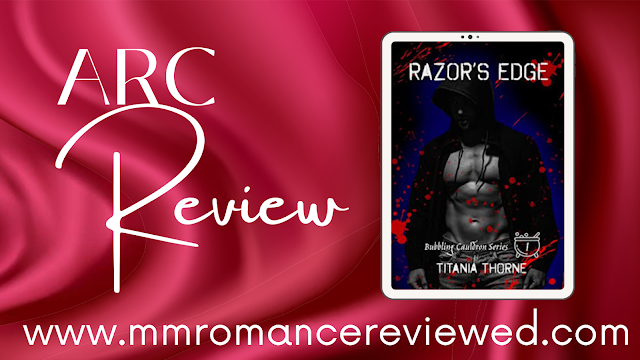 Razor's Edge starts off what is hopefully a new paranormal series. There's too much to learn for only one look into this world...
From the blurb: 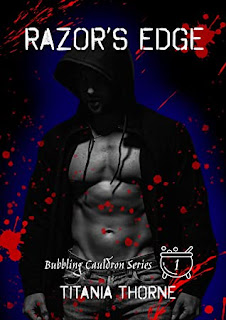 Broken by his past, Micah spends his life trying his best to survive through the days. Nobody understands how hard it is to live a cursed life, wondering what he did to deserve such a fate. Nobody knows the horrors that haunt his dreams, the nightmares that seek him out in his sleep and the memories that grip him tight.
Nobody but Dimitri.
Dimitri has always considered himself a failure of an incubus. Too picky to feed on just anyone, he spends his lifetime starving, wanting and needing something he believes he will never find.
But Micah?
Micah is different.
He is broken.
He is tortured.
He is beautiful.
And Dimitri will stop at nothing to keep him safe.
When Micah's nightmares collide with Dimitri's lustful desires, they learn that sometimes the difference between good and evil is just a razor's edge.
Jacquie's Review:
Razor's Edge is an interesting paranormal read with some great world-building and strong mc's.
There's also a female best friend that is supportive and sweet to Micah and willing to harm Dimitri if he messes up.
It's dark though. Micah is on the verge of cracking. He's faced so much suffering including SA in his life and Dimitri finds him just in time.
I liked their connection though things went like I thought they would so I wasn't terribly invested.
An entertaining read and I'd like to read more about Aiden in particular.
Rating: 4 Stars
Razor's Edge is currently available in e-book and paperback and hard cover editions and can be read as part of your Kindle Unlimited Subscription
4 Stars ARC Jacquie KU Paranormal Series