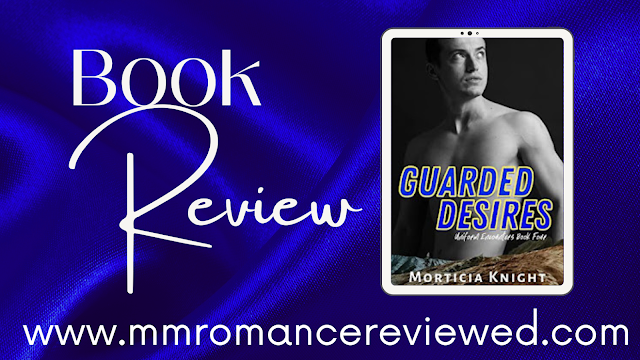 Plainly, his abuser was being used to lure Stephen and his Stephen’s partner to their deaths.
From the Guarded Desires blurb:
A young National Guardsman, a snarky DEA Agent and a vicious drug cartel. Someone’s going to be sorry. 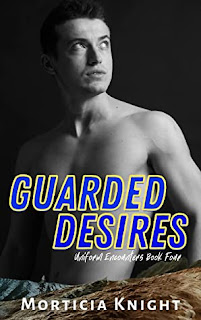 Special Agent Stephen Morris thought his home life had settled into a pleasantly dull routine. Being assigned to a main border crossing in Arizona keeps him busy enough at work, so he doesn’t have time to worry about love. However, that doesn’t mean he’s not lonely.
PFC Guardsman, Joseph Pirelli, is on an active-duty-for-training mission to help support border patrol and the DEA. The Vasquez drug cartel has become more ruthless than ever by targeting civilians on both sides of the border. Love isn’t on Joseph’s radar at all, either—especially not after being horribly abused by an ex.
Joseph and Stephen are thrown together in a direct conflict with the cartel and bullets fly with a startling outcome. Through it all, Joseph is drawn to Stephen, yet can’t let go of his terrifying past. The idea of becoming close to a man who could physically harm him brings up fears that may ruin his chances at a relationship with the big teddy bear agent.
When shocking truths are revealed, both men fear they might lose the other. Can they escape the gruesome fate the cartel has in store for them?
Laora's Review:
Guarded Desires took me in from the start after every turn I wanted and needed to know more about both Joseph and Stephen.
They meet properly during an op gone wrong. They glanced at one another before in a bar. They have attraction straight off.
After Stephen finds out about Joseph his past and all he had to overcome, this slightly grumpy bear of a man just wants to take care of the brave strong man and luckily Joseph lets him after finding out how caring Stephan can be.
Guarded Desires ia an age gap mm romance with to brave, clever loving men who both do anything for one another.
Rating: 5 Stars
Guarded Desires is currently available as an e-book and can be read as part of your Kindle Unlimited Subscription
5 Stars Age Gap ARC Contemporary KU Laora Series