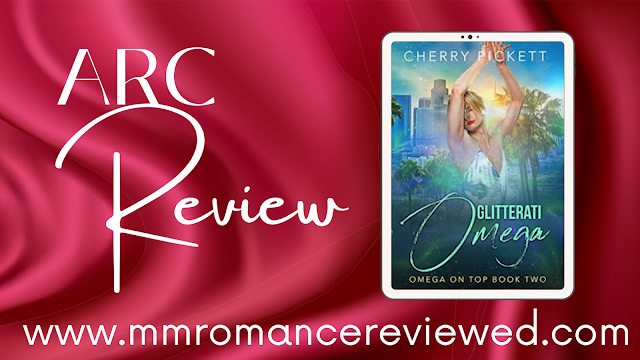 "Rupert wished, very much, that he didn't feel like he'd had his heart torn out all over again." Glitterati Omega. 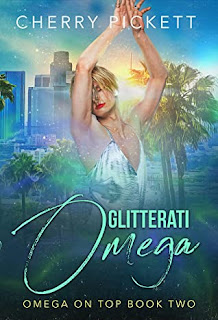 From the blurb:
Socialite omega Rupert Cullinan might have everything—money, connections, and an enviable designer wardrobe—but he can’t get that fairy tale “happily ever after” he’s always wanted. Still reeling after his divorce, Rupert comes face to face with the fact money can’t buy him what he really wants: love and family.
That’s when alpha Winston Ndoni enters the picture, ready to rewrite the script Rupert’s stuck to his whole life. And—just like in a fairy tale—Winston offers Rupert a chance at having what he longs for. But with it comes an ultimatum that will cost Rupert his entire fortune.
Can Rupert really give it all up for a shot at happiness? Or will fear of losing wealth and status keep him from finding his happily ever after with the alpha of his dreams?
Laora's Review:
I had trouble relating to Rupert in the beginning, but whilst reading the book that made sense to me since he is a man who does not want to look  to close at his feelings.
He has had to deal with a lot of issues in his life,  in relations and health-wise. All his inherited money can't make him happy. Until he meets Winston who is just the right person for him.
I found the characters well developed and I appreciate that he book is situated in more than one country and has a very diverse cast of characters.
Whilst reading along I felt more drawn into the story. I only have two gripes: calling an omega ' mother' when he has a child and Thomas appearing in the secured building in the last chapter was a bit much.
Triggers: spouse abuse and unwanted childlessness/ difficulty conceiving.
Glitterati Omega is book two in the Omega on Top series
Rating: 4 Stars
Glitterati Omega is currently available in e-book and paperback and can be read as part of your Kindle Unlimited Subscription
4 Stars Alpha/Omega ARC KU Laora MPreg Series Trigger Warning