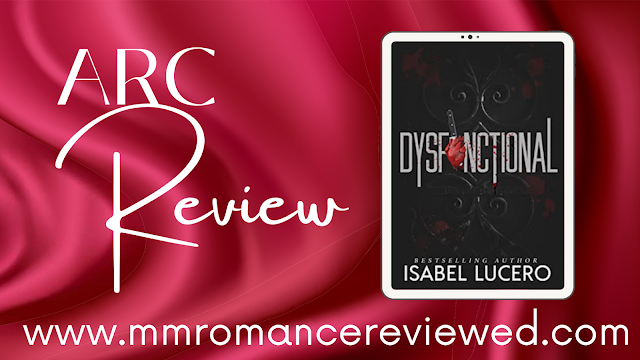 Can a serial killer find his perfect match? Maybe another killer would fit the bill. But how can you be a couple when you're not sure if your partner plans to kill you too?
From the Dysfunctional blurb:
Ezra Hamilton hasn’t felt the warm spurt of blood flow through his fingers or the indescribable feeling of pushing a knife deep into someone’s flesh in a long time. Too long. 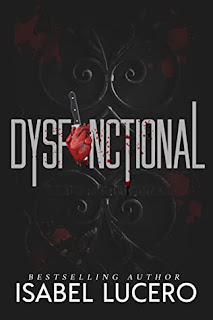 He’s been watching a man stalk women, curious as to what he’s doing with them. Ezra’s never encountered someone with similar dark tendencies before, and what starts off as genuine curiosity turns into much more when Kaspian turns the tables on him.
As their chemistry builds, so does the mistrust. They both know they can’t trust a killer, but their inner demons call to each other anyway.
When Kaspian’s impulsivity threatens to ruin Ezra’s freedom, he knows he has to stop him. Kas appears to be fixated on Willow—a woman Ezra works with. In an effort to not have to worry about her disappearance bringing heat on him, he tracks Kaspian as Kaspian follows Willow into a cabin in the mountains.
There, in the middle of a blizzard, secrets will be revealed and revelations made, but the chances of everybody making it out alive are slim.
Dysfunctional is a dark romance that will have graphic scenes. Warnings are on the author's website. 18+
SNik's Review:
Standalone. Dual POV. Heed content warnings for dark content.
Ezra has been labeled a serial killer, but has been living the quiet life until he stumbles across a man stalking and possibly killing women in their small town. Intrigued, Ezra begins a pseudo friendly relationship with Kaspian, curious as to Kaspian’s motives and drawn into his own secret need for blood and killing.
Dysfunctional is not a romance as much as a relationship of obsession, possessiveness, lust, and mind games.
This book was a slow start for me but it definitely ramped up and I was thoroughly engaged with the many twists and turns waiting to see what happens between Ezra and Kaspian but also their victims.
I enjoyed the high steam and the amoral characters finding their disturbingly perfect match.
Rating: 4.5 Stars
Zakiyya's Review:
Deliciously dark and tantalizingly twisted. The depravity of these characters and their actions were so boldly and graphically depicted that you could practically 'watch' it all unfold.
"He walks out of the room, my blood staining his hand, his cum coating my skin, and he thinks there isn’t an us."
Isabel Lucero has written a page-turner of intoxicating proportions with Dysfunctional.
Ezra and Kaspian's journey of destruction and chaos as well as their bloodlust was explicit and unapologetic and I loved that they both knew exactly who and what they were.
“I want to mark you and ruin you. I want to hurt you while making you feel so fucking good. I want to rip you apart just to be the one to put you together again, because I want you to know that I’m capable of both. Don’t ask me to fuck you right now. I won’t be able to control myself.”
The sex was hot and passionate and their possessiveness and obsession with each other was captivating and intense…
The story grabs your attention from the beginning and keeps it till the very end and I found it fascinating, the way we are able to delve into such morally corrupt minds.
The author warns that Dysfunctional is dark and may be disturbing to some – so PLEASE heed the warnings.
And because I’m a sucker for these, I will most definitely be seeking out more MM by this author.
Rating: 5 Stars
Dysfunctional is currently available in e-book and paperback and can be read as part of your Kindle Unlimited Subscription
4.5 stars 5 Stars ARC close proximity Dark KU SNik steamy Trigger Warning Zakiyya