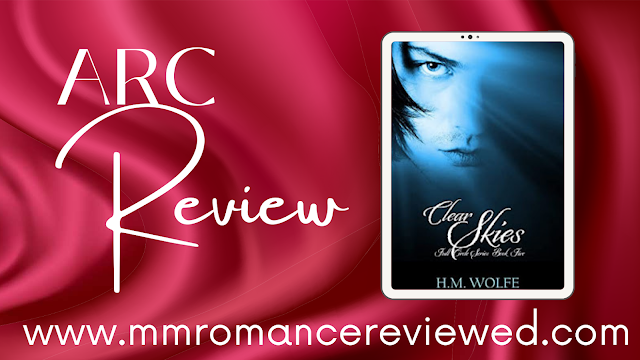 Raw, gritty and gripping. Clear Skies is a thrill ride that will have you on the edge of your seat ride so full of emotion.
From the blurb: 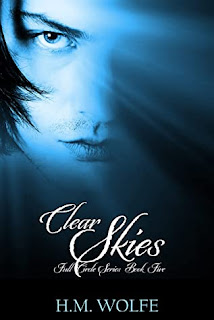 Three months have passed since Ardan appointed Elias as his successor and decided to build a town around The Base. Content with the progress of his apprentice, he even contemplates a semi-retirement when Elias turns twenty. But, as the saying goes, no rest for the wicked.
Memories of the time they spent on the island of horrors come back, haunting the sleep of Tarrin, Ira, Elias, and Abernathy, threatening to destroy the budding relationship the four of them share. Things go from bad to worse when Ames returns, after lying low for more than a year.
It’s time for the leaders of The Base to join together in supporting Elias’s decision to take down Ames himself—an act of justice for the monster’s numerous victims… and personal revenge. But will Elias possess enough strength to see it through to the end, chasing away the black clouds and clearing the skies?
Janet's Review:
Raw, gritty and gripping. Clear Skies is a thrill ride that will have you on the edge of your seat ride so full of emotion.
This was the perfect ending to the series. The enemy finally get their comeuppance and justice is served. We get closure that we needed!
Families are reunited along with new connections formed. We also get a glimpse into a possible new couples. I’ve loved all the characters that the author has created.
Clear Skies is so well written, and it flows so well that I couldn’t put it down. So very satisfying. Highly recommend!
Rating: 5 Stars
Clear Skies is currently available as an e-book and can be read as part of your Kindle Unlimited Subscription
5 Stars ARC Contemporary Emotional Finale Janet KU Series