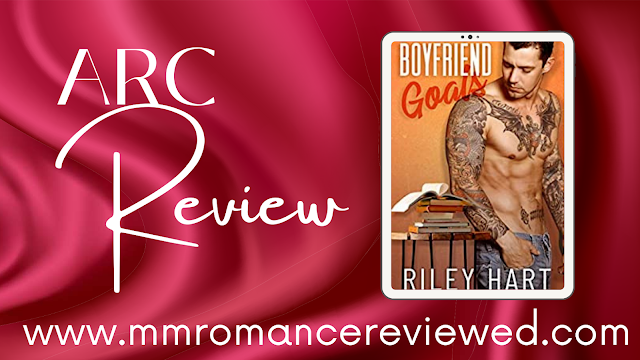 Boyfriend Goals: A quirky neurodivergent and “tattoo guy”. Milo and Gideon are life!!
From the blurb:
Milo
Unusual. Quirky. Different. I’ve heard it all. I’ve accepted I’m not for everyone. Maybe not anyone. 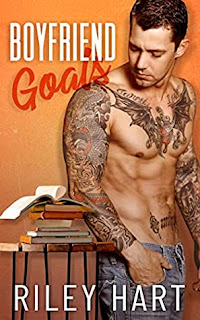 When I find out I inherited a bookstore and apartment on a small East Coast island, I jump at the chance for a new life.
Turns out, I’ve also inherited a sexy, tattooed guy who not only rents the space next to my store for his tattoo parlor but my apartment too.
Did I mention he’s really hot?
And surprisingly sweet?
Gideon
I wasn’t looking for a roommate, but it’s not like I can stay at Milo’s place while he’s banished to a hotel.
Our unlikely friendship is instant. According to Milo, we’re bestie goals.
And if he doesn’t wear pants at home, who am I to complain?
Milo’s not like anyone I’ve ever known. I like laughing and flirting with him. He’s adorably honest, eager, and sexier than he realizes.
Now I just have to figure out how to convince him that maybe it’s time for an upgrade from bestie to boyfriend goals.
Janet's Review:
Milo and Gideon are life!!
I think Milo is my favorite book boyfriend of all time, he’s so adorable. I quickly feel in love with each character upon meeting them. Milo was so unapologetically honest!! Gideon was perfect for him in every way, I loved that Gideon saw Milo and loved him at his core. They’re flawed but realistic.
Sweet and spicy with a dash of heat and steam makes for a perfect combination! I loved that they started as friends, but quickly worked their way into lovers.
Riley Hart wrote two adoringly complicated and complex characters. Milo was so quirky, and Gideon just went with the flow.
The secondary characters are fantastic. Overall, the story was outstanding! Boyfriend Goals was well written with that perfect pacing, kept me glued to the pages. Highly recommend!
Rating: 5 Stars
Heather's Review:
I absolutely fell in love with Milo and Gideon... I think it takes a lot of courage for an author to embrace neurodivergent characters and she wrote Milo beautifully and stuck with his personality from beginning to end, each decision, each utterance was Milo, not just adding convenient tics here and there... and Gideon was such a sweet and relaxed person, perfect for a man who is more forthright and fierce...
I also loved the way Milo's relationship grew with his mom, finding out more about his grandmother and discovering more about himself and his family...
The pacing, the language and the flow were all wonderful and so characteristic of a Riley Hart book. I read Boyfriend Goals cover to cover in one sitting - I didn't want to leave the cocoon of sweetness and the building steam for any reason, so I highly recommend clearing your calendar before starting this book.
Rating: 5 Stars
Boyfriend Goals is currently available in e-book and paperback and can be read as part of your Kindle Unlimited Subscription
5 Stars ARC Contemporary Heather Janet KU neurodivergent Roommates to Lovers spicy sweet