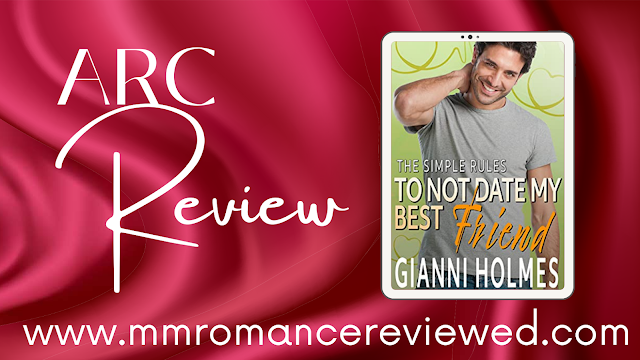 Anyone who says they don't love Baz hasn't read To Not Date My Best Friend...
From the blurb: 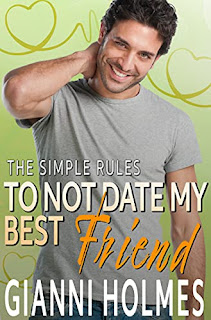 What do you do when you meet the man of your dreams, but you’re already engaged? You become best friends and hope for the best.
BAZ
It was a meet-cute that should have come with a happy ending. I was hardly at my best when I caught Andy snapping photos of me topless in the name of street photography. I fired angry words at him. In exchange, he gave me his jacket to keep me warm. Thus began our friendship and an unrequited crush on a man who was about to get married.
ANDY
After a photography assignment in the Middle East left me scarred, I have no choice but to face the many issues in my life—my marriage is over, my wife has moved on, and I may never hold another camera between my hands. But there’s no hurdle I can’t get over once I have my best friend, Baz, in my life. When he tries to transition from a stylist to a journalist at the magazine where he works, he enlists my help in writing a column. How can I prove to him that moving from best friends to lovers makes sense when he’s determined to prove the opposite?
To Not Date My Best Friend is a bi-awakening romance between a plus-sized stylist who’s claimed his place in the fashion world and a bi-curious photographer who happens to be his best friend. This book can be read as a standalone and has mild angst in some parts.
Heather's Review:
Once again Gianna Holmes gives us a straight up winner... bringing together the plus-sized stylist who has been yearning for his best friend from afar for years... and the best friend who has been living with the woman he married but who moved on from him years ago... and giving them the best story!
Fortunately, this one doesn't have too long of a slow burn build and just tiny amounts of well placed angst, paired with some steamy and just a little kinky bedroom times while Baz and Andy discover how much they both do and don't know about their best friend...
I absolutely adored Baz and Andy - both so forward about somethings and hesitant about others, so trusting in the other person, but doubting themselves... To Not Date My Best Friend was a wonderful read and a book I highly recommend you check out for yourself!
Rating: 5 Stars
To Not Date My Best Friend is currently available in e-book and paperback and can be read as part of your Kindle Unlimited Subscription
5 Stars bi awakening Friends to Lovers Heather Hurt/Comfort KU plus size