The Dragon Experiment (Here Be Dragons #3) by Louisa Masters 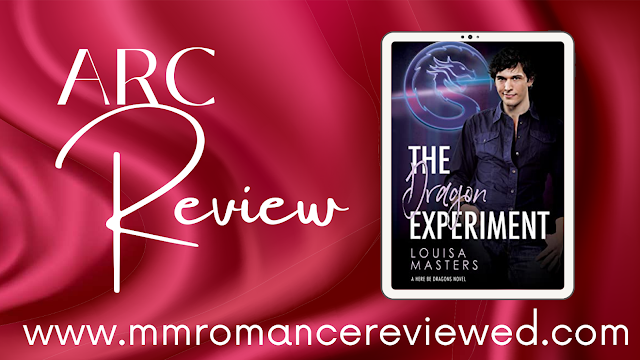 The Dragon Experiment, Book 3 in the Here Be Dragons series gives us another fun experience in this world Louisa Masters has created. The resident man (or dragon?) whore of the house has finally met another person that holds his interest for longer than a night...well met again you could say.
From the blurb:
Who knew sleeping around could save the entire species? 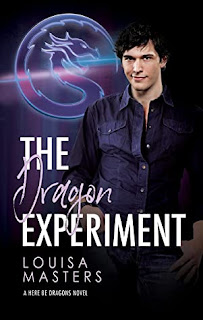 I’m a simple dragon. Give me knowledge, give me research, give me rings for my hoard, and give me athletic men who want to get sweaty between the sheets… or anywhere else. Those things make me happy. Other things… well, who cares about those?
Turns out, I should have cared. Or at least paid attention. Because I somehow signed up for a scientific study run by a shy, nerdy sorcerer with the body of a god. And the study just happens to be about my favorite form of exercise.
It doesn’t take long for me to know I want to do more than science with Rhys. I’ve never been the kind of dragon to mix feelings with fun, but Rhys could be the one person who meets all my needs, even if he won’t wear a ring on every finger.
But when his research becomes more important than any of us could have imagined, our relationship enters a new phase. Now it’s up to me to show Rhys how much he’s worth… both to me and to the future of his species.
Jacquleen the Reading Queen's Review:
Fabian met Rhys 4 years before, but was too distracted oogling the rings Rhys had on display for sale to bother oogling Rhys himself. A mistake he does not make the second time they meet.
I loved how confident Fabian was in himself. He wasn't cocky per say, just sure of who he was as a person. He said the things that came into his head without running them through that filter many of us have. He always went after what he wanted and what he wanted was Rhys.
Rhys was much more reserved and opposite from Fabian when it came to his self esteem. He would overthink things a lot, which I think was a major reason for his and Fabian's miscommunication issues. He avoided talking about things like the status of their relationship due to fear, while Fabian just assumed Rhys knew he was his. Rhys wasn't dumb though. He was a sorcerer who held a doctorate. It didn't take him too long to realize how different dragons were to other species in the community.
"I've been around the dragons for half a year now. I know their ways. Privacy is an illusion."
The plot of The Dragon Experiment was actually more in the background than usual. I felt like the romance took center stage and I really liked that about this book. I'm also really curious about Steffens hoard since no one seems privy to what it contains. That paranoid head of security is really growing on me and I'm so happy to hear he's going to get his own book. I have no idea what type of man could get that dragon to let his guard down, but I can't wait to find out!
Rating: 4 Stars
Jacquie's Review:
I'll admit to being a little worried about Fabian's book but this just worked for me.
The initial confusion around the ring, him meeting Rhys again and the outcome of that - funny and entertaining.
Lighter in plot than some of the others but absolutely adorable. I actually think that Fabian is my favourite dragon now.
Due to Fabian's promiscuity, I expected more steam but what I got fit the characters well and didn't make Fabian into some sort of caricature. He and Rhys fit really well together.
Rating: 4.5 Stars
The Dragon Experiment is currently available in e-book and paperback and can be read as part of your Kindle Unlimited Subscription