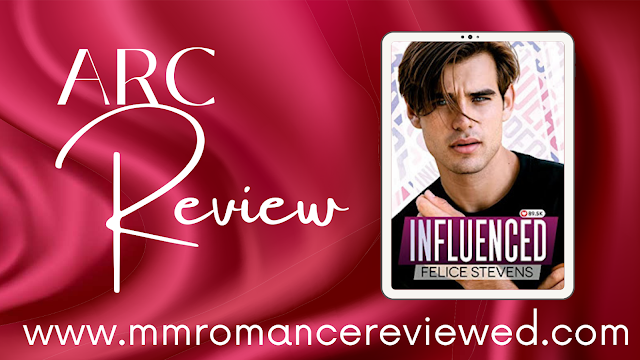 "You're a bad influence. I should be checking the apple trees and pruning the dead wood.""Mmm..." Bryce hummed. "Take care of my wood first. It's alive and raring to go."

From the Influenced blurb: 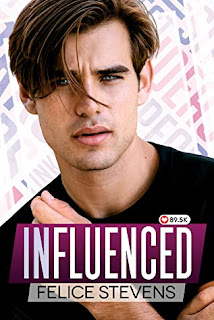 A MILLION LIKES vs. ONE TRUE LOVE

Bryce Bauman is one half of a famous influencer couple…until his boyfriend dumps him and puts the whole ugly scene online.

Several months later, Bryce is at the end of his rope—he’s lost all his endorsements, along with his so-called friends. Licking his wounds, he escapes to the tiny town of Serenity, Pennsylvania, where he’s surrounded by too much nature and quiet. And…the hot as hell owner of the bed-and-breakfast who makes him think there might be life beyond what’s on a screen.

Matty Wilcox has no time for spoiled brats or social media. He must keep the business running, his grumpy grandfather healthy, and himself deep in the closet. In his little town, there’s no way to come out to his friends and family and have things stay the same, so he’s better off alone.

Except life is complicated now that Bryce is staying at the bed and breakfast—he’s entirely too tempting and not as silly and shallow as Matty first thought. Giving in to his desire could only muddy the waters of the life he’s so carefully built. Any slip up would be dangerous for his business, his friendships, and most importantly, his heart. Besides, there’s no place for small-town Matty in Bryce’s big-city life. The two of them, together, don’t make sense.

Then again, since when does anything make sense when it comes to love—the greatest influencer of all?

I absolutely adore Felice Stevens writing style and after reading The Fall Guy I just knew I had to pick Influenced up. I never feel disappointed by the characters, they're always so well developed and two dimensional.
I love small town romances, you just know there's going to be a little push from nosey residents to help our fellas on their road to true love. Felice Stevens just has a way of building the setting and bringing the complexities of the people within the pages to life!
Another 5 ⭐ read from me for this author and I'm praying we get to see some of the other characters in future books.