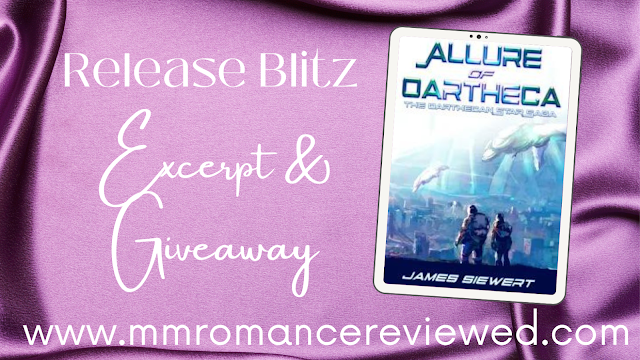 Series: Book One of the Oarthecan Star Saga

A space-heist gone wrong. An unexpected romance. A galactic catastrophe in the making. In the furthest reaches of space, a cyber-thief with a heart of gold meets a ex-navy captain who refuses to be beaten. Though they’re from opposite ends of the galaxy, fate slams these two men together in desperate bid to stop a race of elitist cannibals from destroying all these men hold dear. But their foe is not the only danger our two heroes face – an Allure that whispers promises of rapture, and destruction. If our heroes give in, they lose, if they give up, they lose … and the fate of the galaxy rests in the balance. In the spirit of high-space adventure, with a touch of charming romance, Allure of Oartheca is a love song to the science fiction genre, placing two men who love men at the forefront of a battle of their past, their present, and – if they’re brave enough, if they’re bold enough – their future. Come share an adventure full of authentic, one-of-a-kind characters, fantastic new worlds, rich imagination and genuine hope in the face of heart-pounding action. Join the adventure in Allure of Oartheca, and discover how hatred and war are not the only ways to destruction.

It takes me a few moments flying straight into inky darkness before I’m able to come down from the terror I’ve been experiencing, and I’m so numb right now I’m not aware that I’ve stopped breathing. I do hear ragged breathing though, and have enough sense in me to pull back on the engines, and establish a standard orbit. I turn now to see Rowland, his left hand off the console, and vice-gripped on my leg instead. I’m not even aware that he’s done that, but his hand is shaking, and his grip is getting uncomfortable.

His eyes follow mine to his hand, and his grip lessens. ‘You’re amazing,’ he mumbles, and then looks at me deeply. ‘You’re truly amazing.’

I laugh, nervous and giddy, coming down from my high. The truth of the matter is that I’m feeling more alive than I have in years—yes, I’ve missed the danger, the excitement that can only come from exploring the vastness of the universe in a starship. I never considered myself as the type who enjoys trouble, but I can’t deny that the past few hours of my life have been full of a thing that I apparently crave, and have been starved of. Not much to do on a mining station other than whittle away the hours in idle chat and writing reports that, at best, will get a half-arsed once-over before being filed away and forgotten. I’ve lived more in the short time since I met Rowland than I have in years.

I’ve got to check on our tactical systems, to see if our breach has been detected and there’s a Pryok’tel vessel en route to ruin our day, and when I turn back to advise my co-pilot that all looks clear, I catch him gazing out our main viewing window, a wistful light in his eyes and a small smile on his face. I turn to share in what he’s looking at, and when I see it, I too am struck silent.

Derresion Two is a vibrant, nearly electric blue in colour, with bands of cerulean clouds constantly swirling and streaking across its surface. Now from this distance, the bright ruby red of its bromine ring, set against the massive blazing blue background, is a marvel for the senses—the contrast between the two colours makes them both throb with intensity and the entire picture is truly breath-taking to look upon. I’ve missed this too, awfully—the indescribable thrill of discovering new planets and other astral bodies, seeing them up close with my own eyes, marvelling at the infinitely complex beauty of every corner of the galaxy. Or, sometimes, right beside you.

‘It’s incredible,’ Rowland whispers in awe. His eyes dart back and forth between the details he sees, but he lets them rest for a moment, and his lovely smile returns in full.

‘Aye,’ I say, my eyes turning to him. ‘Not the most beautiful sight I’ve seen today, but still.’

He looks over at me with a darling expression of embarrassment and appreciation at my little flirtation. I’ve scored a bigger hit than I thought though, because only another moment goes by before he leans over towards me—and my heart jumps now, ‘cause I’m fairly sure from the look on his lovely face and his half-closed eyes, that he wants to kiss me. It takes all that’s in me not to leap from my seat and sweep him up—in my mind, that’s how our first kiss starts and all—but I mirror his actions instead, showing as much restraint and civility as I can, so as not to spook him. I’m still much quicker when I lean over, however.

A nasty bit of nerves bites me when he hesitates, just before our heads are close enough together, and I think he’s going to change his mind—and I have an awful moment where I think he’s backing out, and that I’m just too different for him, that I’m too much of a brute where he is just that beautiful …

And then his lips touch mine and … 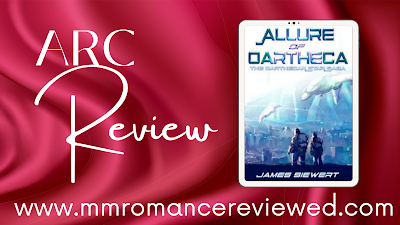 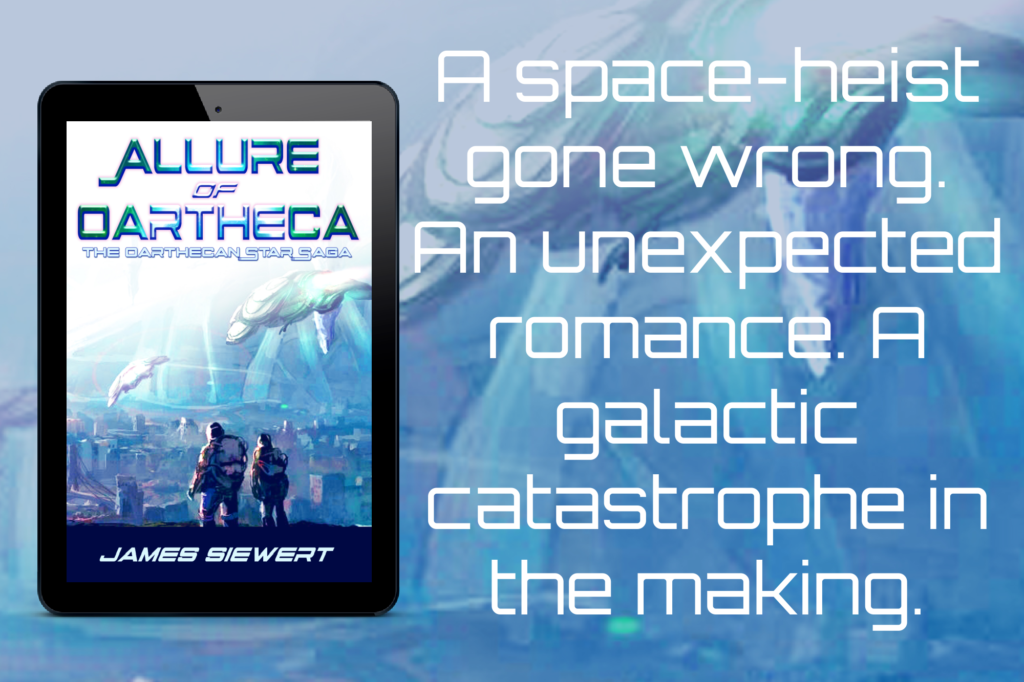 James and his husband live in beautiful British Columbia, Canada. Part-time office drone, part-time storyteller, full time science-fiction and fantasy aficionado, James couldn't find enough stories involving characters who are like him and his husband: big men with big hearts! Taking matters into his own hands, James hopes to share stories where brawny blokes with hearts of gold take centre stage. Join him in his worlds and discover authentic characters, gripping scenes, lush imagination, a touch of the mushy stuff and one-of-a-kind heroes in truly daring adventures!