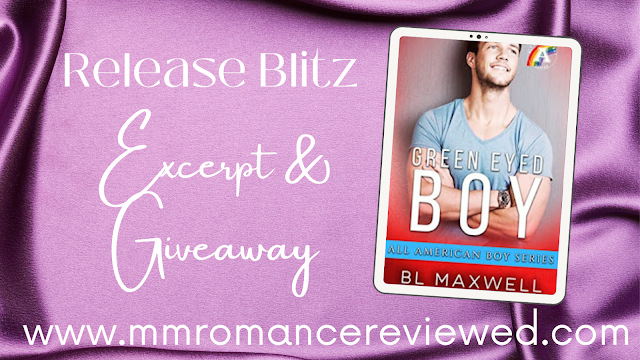 It is a standalone book and does not end on a cliffhanger.

It is part of the All-American Boy Series.

After quitting his job, Billie Watts hits all the food festivals he can as he drives across the country. When he finally reaches Stony Brook, Maine, he’s excited to find he’s there just in time to try one of the lobster rolls he’s heard so much about. The bright neon yellow food truck with a giant red lobster on top looks like the perfect place to try it.

Lance Karl is as ready as he can be for the start of the three-day Tall Ships Festival and hopes to sell enough lobster rolls out of his food truck to make a good start towards owning a restaurant. The day begins cold and misty, and a text from his nephew saying he can’t help him is not the perfect start he’d hoped for.

When a green-eyed stranger interrupts his frantic morning, Lance doesn’t realize meeting Billie will not only change his day, but maybe even the rest of his life. Two strangers, drawn together over their work ethic, and sealing the deal over delicious lobster rolls. They could just be the perfect match.

Not wanting to wait a moment longer, I took a big bite.

It was delicious. Sweet lobster in a light mayonnaise sauce with just a touch of lemon juice and chives. But the bread, the bread made it, which was saying a lot for a lobster roll. I wondered if he baked it himself or if he outsourced it, then gave myself a mental slap for worrying about the business side rather than just enjoying how good the roll was.

I finished eating far too soon and hated I’d only ordered one. As I stood and debated getting another, I noticed the long line that had formed while I’d been sitting. The guy inside was rushing around, and from where I stood it didn’t look like he had any hope of filling all the orders he was about to get.

My feet were in motion before my brain had a chance to catch up. “Need some help?” I asked as I cracked open the door he’d entered at the side of the truck.

“Are you kidding? Because if you’re kidding, I’m probably gonna hurt you. But if you’re serious, what are you doing standing there? Put an apron on”—he pointed at the door— “the order book is right here.” He tossed the order pad and pen at me, as I tied on the apron I found hung on the door. “Have you worked in a restaurant before?” he asked as he rushed back to fill the orders he’d just taken.

“Take the orders, I’ll fill them.”

“Got it.” I walked out to the line and asked the people at the front if they’d ordered before I worked my way toward the end, bragging about how good the food was as I went, and taking a lot of orders I hoped he’d be able to fill. “You won’t be disappointed, believe me. I drove all the way out here from California just to try a lobster roll, and I can honestly say it was totally worth it,” I told whoever would listen as they waited patiently.

BL Maxwell grew up in a small town listening to her grandfather spin tales about his childhood. Later she became an avid reader and after a certain vampire series she became obsessed with fanfiction. She soon discovered Slash fanfiction and later discovered the MM genre and was hooked.

Review
Click on the graphic below to see our reviews 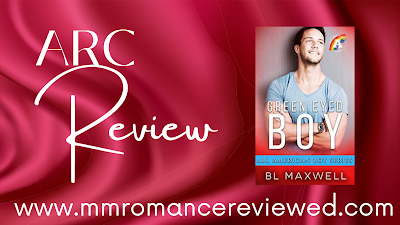