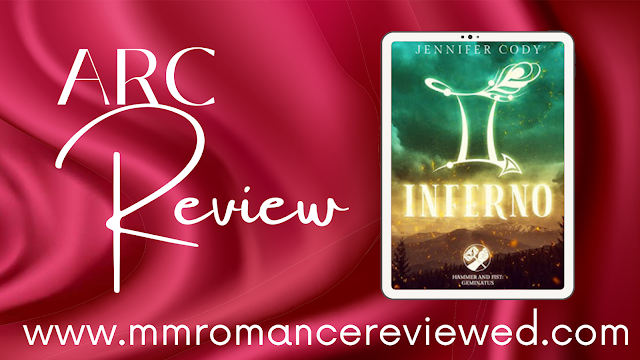 Set in the same world as Sledge &Claw, Inferno introduces a new set of characters including twins who are one person
From the blurb:
Ranger/Hunter: 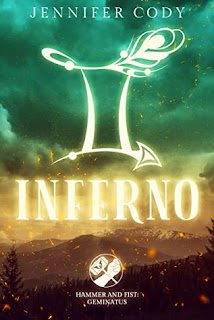 After an encounter with gremlins that almost kills one of my avatars, I’m forced to get involved with the government agency that enforces the laws that govern non-humans on Earth. The Inter-dimensional Immigration Agency—IDIA, according to the office agent assigned to my case—has a vested interest in me. I’m a species that they’ve only just discovered, and I have a few gifts that I shouldn’t. Plus, I’ve been doing the work of a field agent for more than a decade, and they want to recruit me into the fold. It may be time I start getting paid for my efforts, but I’ll only agree to it if they can respect the family I’ve built and the people I’m protecting. If they want my loyalty, they’re going to have to earn it.
Inferno is an MM Urban Fantasy. This is a spin-off of Hammer and Fist: Lextalion and better read after Sledge and Claw but it stands alone.
Jacquie's Review:
Inferno is such a trippy reading experience! Reading a character who is one person in 2 bodies and can operate completely independently boggles the mind. The way the author gives them personalities too, for good reason, is so cool.
There is a romance subplot but as this is a series introduction they are in the early stages.
Also, there are a lot of questions about Hunter/Ranger still to be answered. Best read Sledge & Claw first especially as there is a brief visit with those characters - I've missed them so I loved that.
Rating: 5 Stars
5 Stars ARC Jacquie Paranormal romantic sub-plot Series spin off