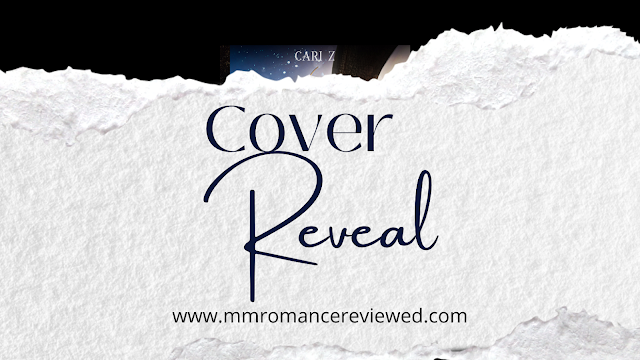 I'm so excited to be able to share the beautiful cover for Reckless, Book Three in the Luckless Series!  This amazing book releases on April 26th - and we're also hosting a release party in the Facebook Group - see the bottom of this post for details! 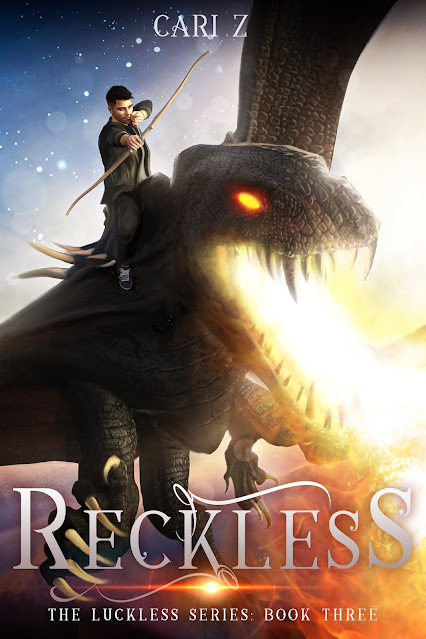 Blurb:
Refugees have been streaming into the city of Forge from around the country. Monsters are coming down from the mountains and staking out new hunting grounds. Even as the dragons of Forge grow stronger and more numerous, the challenges they and their riders are facing are only increasing, and there's only one place to look for answers.
Chicago is the strongest remaining city in the Midwest, home to thousands of people and protected by powerful dragons … or at least, it was. By the time Evan Luck and his dragon, Ladon, arrive there, it's clear that something's gone terribly wrong. People are starving, dragons are dying, and nobody knows who’s behind it all.
It’s something they’ve never faced before—something they thought didn’t exist, yet that’s terrifyingly familiar. It's up to Evan and Ladon to stop it … or lose their city, their son, and their lives.
***
Excerpt:
“Nachtkrapp,” Evan grunted as Lee rinsed his wound clean with a bottle of sterile water from one of their packs. They’d only left Forge three days ago, just after the winter holiday, but Lee had packed like they were going to be flying to the North Pole. “Night ravens. I’ve heard of them before but never seen them. Didn’t really believe they could be so deadly without eyes to see by.”
“Stranger things have come through the rifts.”
Wasn’t that the truth? Monsters had besieged all corners of the earth, some of them beasts out of legend and myth while others had never been seen, or at least reported, before. Whether that meant that the rifts had opened in smaller, less dramatic ways in the past, and that maybe there was some grand and sadistic intelligent design behind this whole thing, Evan didn’t know. He didn’t care to either; all he really cared about was whether or not he could kill what he was fighting before it killed him first. Someone like Lee, though, more powerful than everything else around him, had the time to be more thoughtful about the monsters.
“Do you ever wish you remembered more?”
“Sometimes,” Lee said, his answer a little surprising. Lee wasn’t the type to look back with longing or nostalgia, not even for the life he’d lived here in Chicago. He had been bonded and married to a human woman named Valorie. They’d had a son together, Jason. After she died in a battle, Lee had taken his son and left Chicago, knowing that no one else there was a compatible empath for him. He had loved his wife, but he hadn’t been willing to live in the past for her.
“Mostly because I wish I had more to tell Jason about the power we both hold,” he continued, pulling a long piece of linen gauze out of their medical kit and winding it around Evan’s arm. “For me, using it is second nature, but that doesn’t mean I know how to teach him to do the same.” He frowned down at the rapidly soaking gauze. “You need stitches.”
“We can take care of that in Chicago. Just make it tight enough that I don’t bleed out on the way there.”
Lee’s expression was fierce. “I would never let that happen.” He was beautiful like this, his white-blond hair made orange by the firelight, elegant features accentuated by the shadows. Evan felt like a sparrow come to roost next to a swan.
“I know you wouldn’t,” Evan said. “We should try to get there quickly, though.” He glanced up dubiously at the sky. “Should we run it?” Normally he wouldn’t suggest that route—dragons were far more vulnerable on the ground—but they didn’t know how many of the night ravens were up there.
“It’s worth a try.” Lee’s look shifted from fierce to downright ferocious. “Chicago was home to over a dozen full-grown dragons while I lived there! How can they afford to not keep the skies clear this close to their own homes? Creatures like these nachtkrapp could be deadly to a fledgling.”
“I don’t know.” The problem was that none of them did. They knew from Winona, a refugee and former dragon rider who’d barely made it to Forge alive with her stolen dragon’s egg, that things had gone terribly wrong lately for the dragons of Chicago. They’d died in battles they should have won, lost their riders and gone rogue, had eggs go missing. The last she knew, the city’s complement of adult dragons was down to three, none of them mated. That meant no new dragons would be forthcoming in Chicago, which made the adults all the more valuable. Perhaps it wasn’t surprising after all that they hadn’t bothered with the night ravens. “Lee …”
Lee couldn’t look into Evan’s mind the way he could when he was a dragon, but he could certainly sense his emotions. “You feel … worried.”
“Cautious,” Evan corrected. “There’s been so much death and destruction in this city lately. I know its location makes it a target for monsters, but even so, the devastation seems extreme.”
“What are you thinking?”
Evan blew out a breath. “I think it might be best for us to approach this as though we’re entering hostile territory.”
Reckless, Book Three in the Luckless Series by Cari Z is available for pre-order and will be included in your Kindle Unlimited subscription upon release!
Join us Wednesday, April 27th at 5:00 PM EDT in the Facebook group to celebrate with Cari!  Click on the banner to make sure you're a member of the MM Romance Reviewed group! 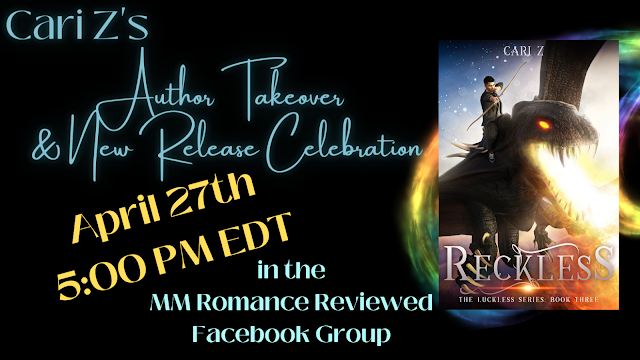