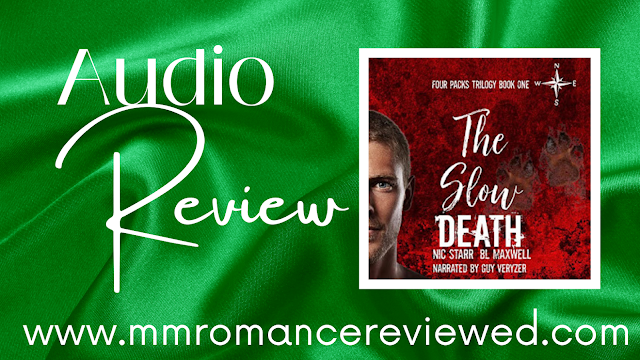 "He’s forgotten that an alpha’s number one job is to look after each and every pack member, no matter what the cost.” from The Slow Death 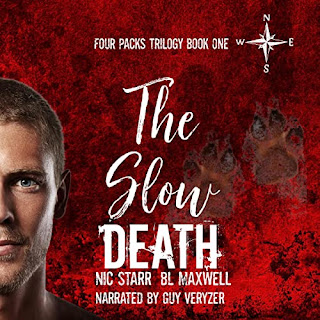 Caught in the fallout of a rare disease and members of opposing packs, Zander and Marrok’s future as fated mates hangs in the balance.

Alexander Kingston wasn’t destined to lead the East Territory pack, but fate had other ideas. Becoming the next Alpha in his dead brother’s place and managing his father’s expectations is a challenge, one that’s only getting harder with time. When his father, the Alpha, is reluctant to accept outside assistance when one of their own is afflicted with a deadly blood disorder, Zander must take a stand against his father or lose another pack member to the Slow Death.

Marrok Blain is part of the North Territory pack. With his unique knowledge of the Slow Death, the debilitating progressive disorder that slowly kills with every shift, he offers help, knowing he’ll be met with resistance from his friend’s pack. What he doesn’t expect is the overwhelming pull to the stubborn yet undeniably gorgeous son of the East Territory Alpha.

Four packs coexisting with rising tensions, and a genetic disorder that reminds them of the common thread that connects them all. Zander and Marrok are the key to an uneasy alliance, or all the packs will suffer. Especially Zander, who discovers he’s got one more deadly fight to face

When I read The Slow Death I was intrigued by the unusual way of presenting shifters. This is a different take on shifters in the sense that they do get ill and that illness is directly linked to their shifting abilities.
Zander (a.k.a. Alexander) and Marrok are from two different packs and have to work together to get help from one of the other packs to get the help needed to save their friend. While doing this they find they are mates.
Part of the storyline finishes up in this volume but others we can presumably follow in the following books in the series.

This writing combination is off to a good start and I already ordered the second book in the series to find out what will happen next.

Story: 4*
Narrator Guy Veryzer is a new to me. His voice is overall easy to listen to but for me when he voices the main characters it felt for me that the voice was made too old by the way he used it to have 'a tremble' in there for one of them.
Narration: 4*
Rating: Overall 4* Stars
The Slow Death is currently available in Audiobook, e-book, hard cover and paperback and can be read as part of your Kindle Unlimited Subscription