Marriage Is Murder (Sawyer and Royce: Matrimony and Mayhem #2) by Aimee Nicole Walker 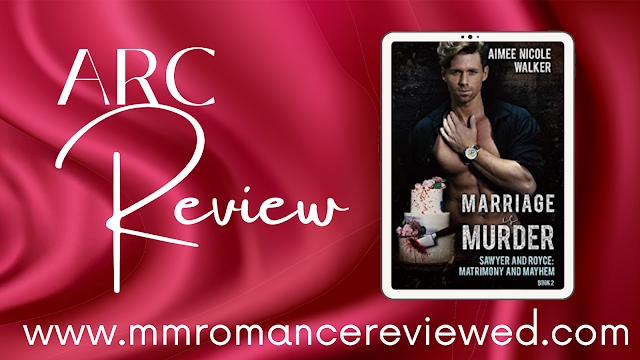 Investigating the murder of a wedding planner while trying to organize your own wedding ceremony? Not ideal. But our favorite couple Locke and Key are determined in planning their I Do's no matter what.


From the Marriage is Murder Blurb: 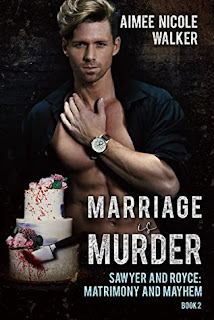 Spring is in full bloom, love is in the air, and Cupid has taken deadly aim in Savannah.

Newly engaged, Royce Locke and Sawyer Key are ready to set the date and charge full-steam ahead into their happily ever after, but homicides and unresolved conflicts keep getting in their way. Neither detective has met a case they couldn’t solve, but their latest investigations will push their limits and challenge their faith when the line between friend and foe becomes blurred. And if that weren’t enough, a random encounter with a stranger will trigger a series of events that could either make or break the couple.

Love—often a thriller, sometimes a killer, but always worth the battle.

Marriage is Murder is book two in the Matrimony and Mayhem trilogy, the second story arc for Royce Locke and Sawyer Key. ** New readers should start with the Zero Hour trilogy before reading Matrimony and Mayhem. ** Marriage is Murder is a continuation of Royce and Sawyer’s happily ever after as they move into the next phase of their lives—professionally and personally. Though some storylines span the trilogy, this book does not end in a cliffhanger. Heat, humor, heart, and homicide abound. You have been warned. 18+

Second in series (Sawyer and Royce: Matrimony and Mayhem), best if read in order due to continuation of main and secondary cast of characters with shared background.

A recent murder is the main focus of investigation during Marriage is Murder in the series, with Royce trying to untangle a wedding planners death while simultaneously planning his own upcoming wedding to Sawyer.
There are a couple of cold cases touched upon and Sawyer is still trying to decide if he should run for sheriff and has a couple of serious run-ins with enemies that causes more anxiety for Royce than he would like when it comes to his future husband's safety.

The story happens quickly over a short period of time, but we do get a glimpse into Royce and Sawyer’s daily intimacy with each other while catching up with many in the supporting cast.

Thoroughly entertaining mystery with romance and steam make for another great addition to this continuing series. Royce and Sawyer are still so in love and I love everything about them.

Rating 4.5 Stars
Marriage is Murder is currently available as an e-book and can be read as part of your Kindle Unlimited Subscription
4.5 stars ARC Contemporary Detectives Established Relationship KU Series SNik