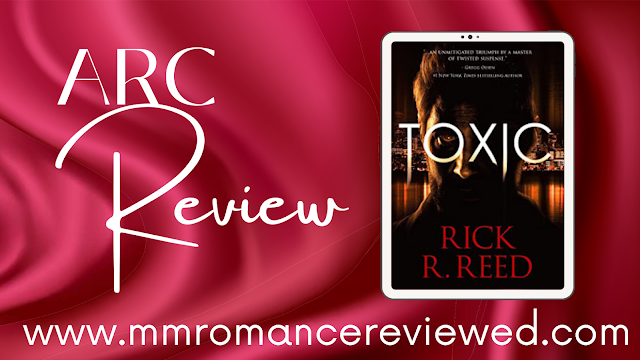 Toxic is a fast paced tale of deceit, intrigue and murder. What lengths will a person go to obtain the dream life? wealth, love and the perfect house. Connor Ryman thought he had it all—a successful career as a mystery novelist, a condo with stunning views of Seattle’s Lake Union, a supportive and long-term partner, Steve, and a loving daughter, Miranda, who was following in her father’s creative footsteps.

It all went bad when Steve left the family suddenly. Jilted and heartbroken, Connor begins to search for love online. So long off the market, he enlists his daughter’s help in crafting a dating profile.

His prayers are answered when Trey Goodall, smart and handsome, answers his ad. He’s witty, urbane, a wealthy attorney, and his sex appeal is off the charts. But he’s a liar, a monster under a pretty mask. Miranda sees through the red flags and senses something very wrong beneath the façade.

Can she convince her father to save himself before it’s too late? Or will Trey, a master manipulator with a very tainted history, play upon Connor’s innocence to ensnare him in a web of deceit, intrigue, and, ultimately, murder?

Toxic is a cautionary tale of the dangers the internet presents. Do we really know who we're talking to behind the masks of our screens?
Multiple POV with excellent character development, the multiple POV builds the story to it's climatic end. There are some trigger warnings that need to be addressed throughout the story. These consist of suicidal ideation, Murder, death, infidelity and child abuse. Several of these scenes were quite upsetting and could cause some readers distress. Please pay attention to the warnings.
We follow Connor a mystery novelist and his daughter, recently single following a heartbreak. He's about to set off on an endeavour of internet dating. But the pitfalls awaiting him are inexorable. This was a fascinating read with lots of twists and turns. I really felt for the characters. Toxic really pulls you in from the get go.

Rating: 4 Stars
Check out the Release Blitz including an Excerpt and giveaway by clicking on the graphic below: 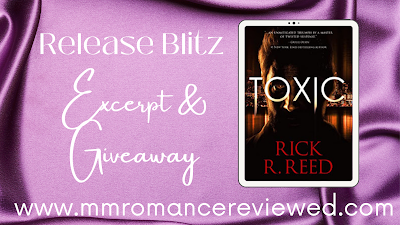