The Shutout by Dianna Roman 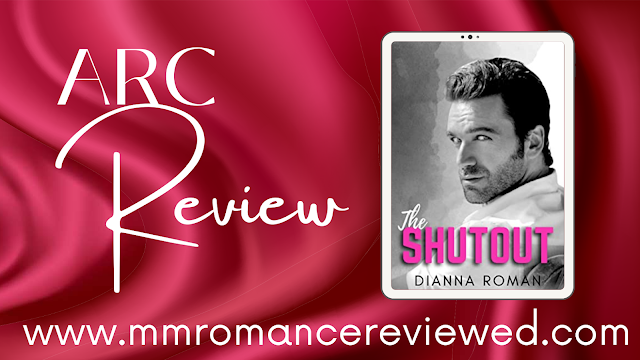 "How had I actually believed this this was a crush, a simple physical attraction? It was so much more. It had been so much more." - Jack

From The Shutout Blurb: 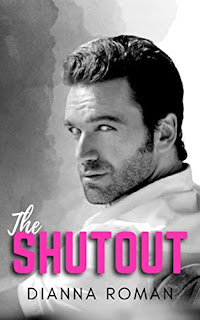 Widower, Max Hartwell, is barely keeping it together, being a single dad, managing his law firm, and navigating life's chaos. Life after loss is too difficult for surprises, which is why Max would be lost without his reliable best friend and neighbor, Jack.

Best pitcher in the MLB, Jack Spears, is at the top of his game. He has it all, except for the one thing he wants most, which happens to be the one thing he can't have if he doesn't want his private life to overshadow his career - love. When an emotional evening reveals his biggest secret, he's faced with losing everything that matters most to him.

Can Max see him for the man he truly is, or will Jack forever be doomed to live in the shadow of the image he created as America's favorite pitcher?

Heartfelt and human, The Shutout is a story of friendship, loss, love, and the rough road to new beginnings.

The Shutout was not what I expected, I expected a standard mm sport romance between Max and Jack, but was I wrong. This was a lengthy book with a friends to lovers story including a bi-/ pan acceptance of himself by Max.

Max a lawyer and single dad for Emma, has been friends with his neighbour Jack a baseball player who was even better friends with his deceased wife Lainey. After three years Jack and Max find they are attracted to each other but have mixed emotions about that. But decide they fight for what they want for them and Emma.
Jack and Max, hit a major upset after they are unwillingly outed and drawn in a scandal together.
All of the main characters are well rounded and fleshed out.
I however missed a closing for Max his former in-laws. But loved the epilogue 16 years on after the main story.
Rating: 4.5 Stars
Heather's Review:
Some friends to lovers/bi-awakening stories happen seamlessly - they kiss and realize that they're made for each other and others, like Max struggle with what their attraction to the same gender for the first time means...
The Shutout is aptly named for several reasons, not the least of which is that Jack Spears is a MLB pitcher and closeted...but also because Max and Jack's knee jerk reaction to their burgeoning feelings is to shut each other out...
This book takes the reader on a fairly wild ride with the characters, but the pacing, steam and background story keep you right in their world - I started this book later in the day and couldn't put it down until I finished - but the sleep I lost was worth it!  If you're looking for a fluffy, straightforward romance, this one is probably not for you, but if you're looking for some soul searching angst and an awakening that Max fights almost every step of the way, you'll love The Shutout as much as I did.
Rating: 5 Stars
4.5 stars 5 Stars ARC Baseball bi awakening Friends to Lovers Heather Hurt/Comfort Laora Neighbors