#TeaserTuesday: Safe with Me by Morgan Mason 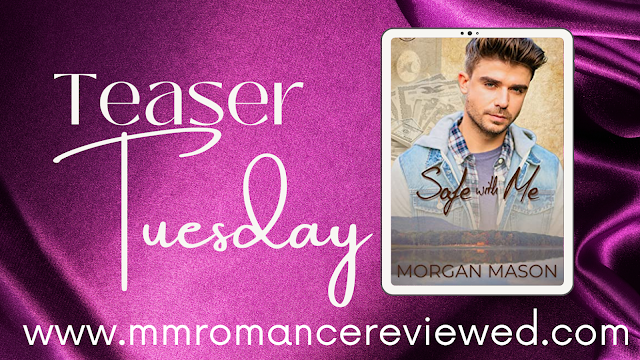 So excited to share a teaser of Safe With Me by Morgan Mason, which releases Tomorrow!  Grab your copy today so it will be waiting for you when you wake up! 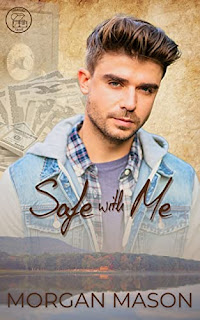 1935: Infamous gangster Dutch Schultz fears the law is catching up with him. In preparation of possible jail time, Schultz commissions a waterproof safe to be made, a safe that is loaded with cash, bonds, and jewels. The safe is then buried or hidden in Upstate New York but when Schultz and his right-hand man are gunned down later that year, the location of the safe is lost forever.
With anything he can dream of only an impulse away, Dawson appears to have it all. On the surface, maybe he does, but on the inside, he’s lonely and unfulfilled.
How can Dawson be so bored with his life?
When a friend suggests he find something new to indulge in, his next whim has him treasure hunting in the Catskills.
An unexpected snowstorm, however, means biting his tongue when the only option for a place to hunker down is with the handsome man he’s just slighted, who also happens to have claimed the last room at the inn.
As conversation turns snarky, then flirty, Dawson can’t help but wonder at the man who sees him for who he truly is, and not what he’s worth.
A proposition to work together opens Dawson’s eyes as Loyal introduces him to a world he never knew he needed, but desperately wants to hold on to. Has Dawson found love and his passion in the arms of this charismatic man?
Safe With Me is the third book in the Treasure Trove series. It’s a fictitious MM romance based around true events that features a lonely millionaire, a successful YouTuber, forced proximity, rivals to lovers, found family, and treasure that means more than wealth.

Dawson went to greet him as soon as his door was open. “Hi, baby daddy.”
Loyal opened his arms, and Dawson did not throw himself into them, or at least that’s what he was telling himself. Loyal wrapped his arms around him, hugging him so close they were nearly fused together. Dawson took in a huge lungful of Loyal’s scent, laundry detergent mixed with whatever cologne it was that Dawson adored. Maybe it was just the scent of Loyal he adored, but either way, he soaked it up and snuggled closer, pressing a kiss to Loyal’s neck.
“Hi, sugar daddy. I missed all this bubbly energy.”
Dawson grinned and pulled back, leaning up to press a kiss to Loyal’s lips. “I missed your chill vibe. And the way you smell, and your—”
Loyal shut him up with another smiling kiss. “Yeah, yeah. Save it for later, princess.”
They stood there staring at each other with matching grins, but the slamming of a car door had them looking over. “I told Randal he didn’t get to have you until after I’d finished with you, so we’d better get the tour started because we need to find the master suite. Randal is waiting.”
Loyal’s laugh made butterflies take flight in Dawson’s belly, but despite his words, Loyal went over to greet a smiling Randal with that stupid handshake Dawson was not at all jealous of. The two of them were murmuring things to each other as they hugged it out, and Dawson narrowed his eyes in suspicion.
“All right, break it up. See. This is what I’m talking about.” Dawson went over and inserted himself between them, pointing a finger at Randal as he backed Loyal away. “Hands off. Go find your own man. This one’s taken.”
Loyal wrapped his arms around Dawson’s waist from behind, then pressed a kiss to his ear. “He is, is he?”
“Yes.” Dawson would have stomped his foot to keep up the charade if Loyal hadn’t begun peppering kisses down his neck.
Safe With Me is available for pre-order and will be available to purchase or to read with your Kindle Unlimited Subscription on March 30th!
#TeaserTuesday Excerpt