Review: The Bandalore (Pitch and Sickle #1) by D K Girl 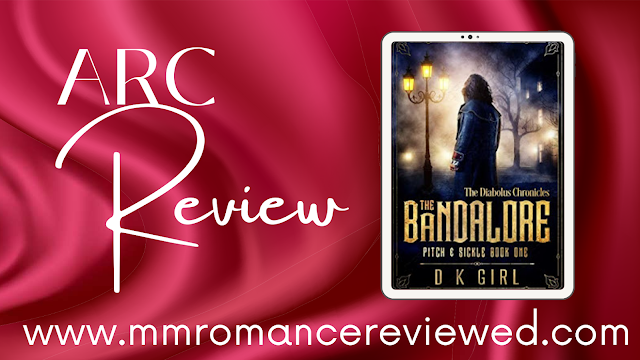 What would you do if you were brought back to life with no memory of your past? Would you embrace your new reality? That’s the decision set before Silas Mercer. 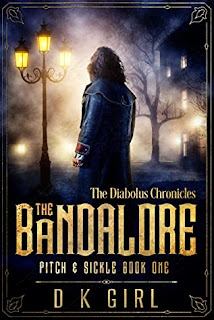 Silas Mercer died once. He’d rather not do it again.

On his return to the world of the living, Silas finds himself in the hands of the mysterious Hermetic Order of the Golden Dawn.
The Order has London society clamouring for their services, with tarot readings, seances and exorcisms among their arcane specialities.
Now they seem intent on making Silas their newest recruit.
But they want far more from him than cheap parlour tricks.
When the Order partners him with the scandalous rake, Tobias Astaroth, Silas's new life is turned on its head in more ways than one.
Tobias is quick-tempered, dangerously charming, and far more than the man he seems.

For Silas, surviving what the Order has planned for him will be a challenge.
But finding a way to survive Tobias Astaroth could prove impossible.

Paranormal romance is not my normal genre, but I am a huge fan of historical romance. I enjoy immersing myself in a world different than present day. This book felt like it was all about world creation. D K Girl did an amazing job describing the settings and creating a distinctive cast of characters. I’d normally complain that a book like this was a tease or gave me bangxiety, but I have the feeling that the next book will make great use of this amazing world we were introduced to in The Bandalore!

Rating: 4 Stars
The Bandalore is currently available as an e-book and can be read as part of your Kindle Unlimited Subscription
4 Stars ARC Fantasy historical KU Ms Aimers slow burn