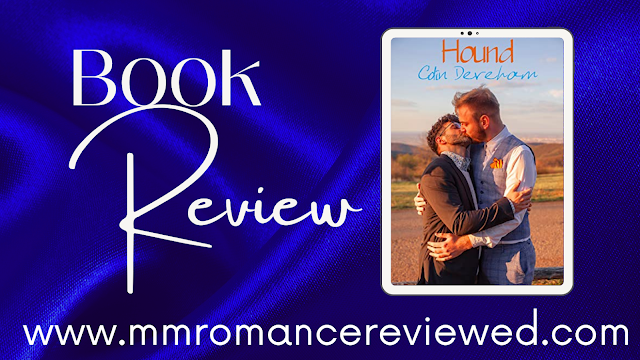 Are you ready to be drawn into the steamy world of Hound by Colin Dereham? 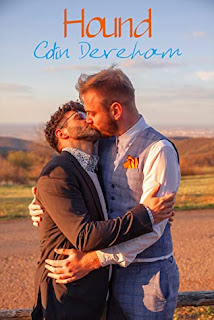 Gary’s lived with bipolar disorder since he was eighteen. He’s stable and has a great career, family and friends, but at forty he’s never had a relationship. Casual sex has always been the easy option—fun, plentiful and no risk of upsetting the unruly emotions that simmer below his calm exterior.
This all changes the moment he meets Jeff. There’s no doubt in Gary’s mind that Jeff’s The One. But even though Jeff seems to be equally smitten, he only wants a part-time arrangement. Jeff works long hours, travelling constantly, and his last relationship was so abusive he’s seemingly ruled them out for good.
Gary does his best to settle for things the way Jeff wants. He’s not going to give him an ultimatum. Losing Jeff would be unthinkable. In any case, Jeff will come around. But each time Gary feels they are making progress, Jeff restates his position. Gary struggles with the way Jeff can be so loving, yet still maintain that he doesn’t want a relationship. Gary’s confidence begins to erode. Maybe he doesn’t deserve more. After all, he’s flawed. Damaged goods. Bipolar.
Time is running out for Gary—he knows these arrangements have a limited shelf-life and he can see Jeff is slipping away. Things reach crisis point when Jeff makes a devastating announcement, plunging Gary into a pit of despair. Gary is forced to resort to drastic measures to find a way through his quagmire of self-doubt and fight for the relationship before it’s too late.

Hound was such a realistic story of insecurities, worries, and issues. The characters were completely relatable, drawing me in and made me feel like I was right there next to them. An amazing job by the author with their word building, and an even more awesome job of developing these characters!

The emotions were felt through the words, with spice and erotica mixed in. There was a lot of steam and sizzling chemistry between the characters. Gary and Jeff were just what they both needed, definitely a five star recommendation!