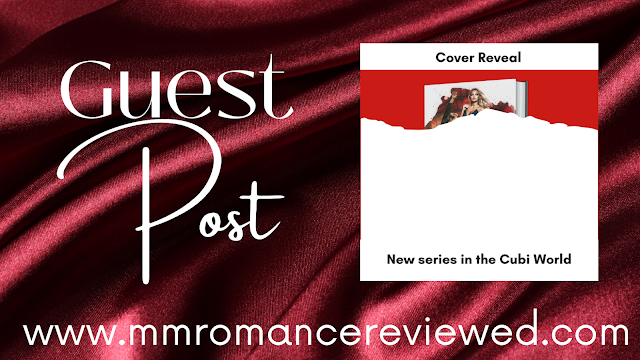 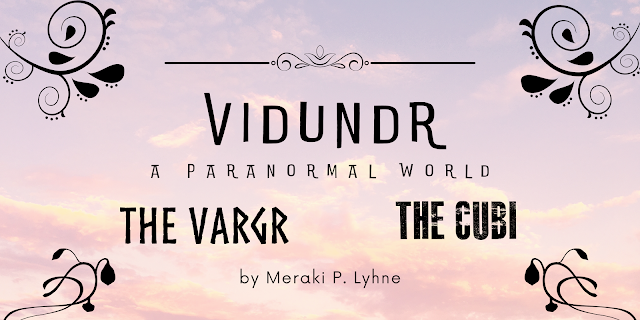 Well, the main storyline of Daniel and the changes he kicked into gear did last year with the release of the 9th book, but that really only opened up for so many more stories to be told. The groundwork through those first 9 books took a harsh parallel world of not so pleasant things to a new way of life, and it’s but the beginning. Change brings change, after all.

I’ve come to see in reviews that some find Untouchable Beauty to be too dark, and I’ve been accused of promoting the dub-con and romanticizing it. I’m not fond of that—mainly because it’s not a constant in my writing. My intention was to paint a cruel world and outlined what needed to change. And that change arrived on a train in book #1 – Untouchable Beauty—to be tackled as part of the storyline. If you haven’t read it, The Cubi is race of Incubi and Succubi living in a parallel society. You can download it for free here: https://www.smashwords.com/books/view/1062776

What Daniel set going needs a lot more room to be furthered, and a new series is starting up. The main Cubi series is from now on called “The Beauty” series, considering all titles had that word in them. The Vargr series won’t be the only one focusing on that ancient race of wolf shifters, either, yet it’ll be known as “The Ember” series. The world that all these and more planned series happen in is now called “The World of Vidundr” which is old Norse and means “The World of Wonder”. As in splendor. I’m Danish, so I bring Vikings and old Scandinavian culture and lore into it, too.

The cover reveal today is for the new Cubi series called “The Dancer”, and it picks up six months after the 9th book in The Beauty series. What’ll be totally different this time is that Daniel, Seldon, and Caledon aren’t the POV holders. Aaron, Daniel’s childhood friend and stripper he picked up in Vegas, is. It’ll continue to look at all the changes happening and needing to unfold, but it’ll also focus on an aspect that so far hasn’t been given attention: The fact that all Cubi are, by nature, bisexual (well, pan sexual, but more on that later).

My name on the cover is also mirrored, as it is on my new logo, too, which means it has both MM and MF (including more in a bed and every combination thereof because…Cubi). There will be mainly MM relationships because I’m a gay man, but there will also be MF and female POVs because they are important to the full story of this world—just like in real life.

The idea behind mirroring my surname is to let you know what to expect. I also hope you know by now that I don’t write weak females who need to be rescued by a big strong man because…female. Just no.

If you’re interested in reading an MF story by me as a “taste”, this is a sample chapter of a yet to be finished novel in the World of Vidundr. Elakdon – Cubi King of the North – is crashing a birthday party: https://www.merakiplyhne.com/royal-25

But, back to the new series and the deliciousness created by MiblArt – a Ukrainian company that also makes the Vargr covers.

The Dancer series is a Patreon Novel Project, which means I started writing it for my Patreons on December 1st last year, and I finished it on February 17th. I’ve let them alpha read it chapter by chapter as I wrote the novel, so it was as raw and real as a first draft can get. I intend on doing this throughout the series, taking hints and asking for ideas and inspiration. If you want to participate in that, I’d be more than happy to have you because my Patreons function very effectively as my accountability partners and raised my productivity level to new heights. Your enthusiasm makes me laser focused on adding more for your enjoyment.

You can read more about it here: https://www.patreon.com/merakiplyhne

Tier $5 and above have access to the Novel Project. 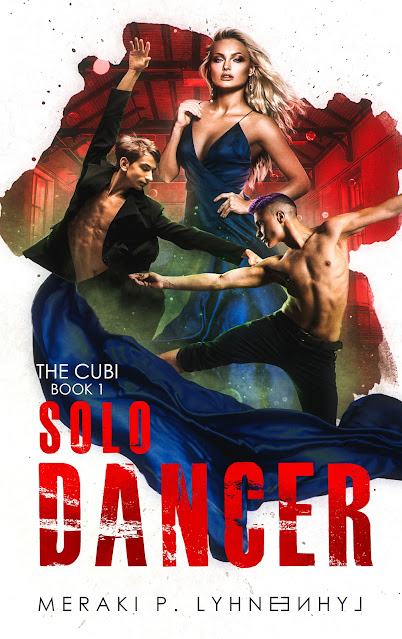 Blurb for Solo Dancer – the Cubi #1 – will be released on July 20th. Pre-order will go up around a month earlier and be announced in my Newsletter.

The many changes the Cubi people have seen since their King rose are not over. The newly risen King must go abroad to assist Nol-Elakdon in his Kingdom of the North as the changes have now reached other Kingdoms.

That leaves Aaron without his childhood friend and the support system he needs as he settles with the new knowledge of himself as a Halfling to rise an Incubus. Aaron doesn’t do well with being abandoned. To secure him, the King makes sure that Aaron’s Incubus father rotates home to get to know his son.

Lord Matadon has finally learned of the child he’d been sent into the human world to father, yet he knows it’ll be a challenge for both of them to establish a father/son relationship. He quickly learns that they have a common passion, which binds them together.

That common passion, and Matadon’s experience as a Lord with responsibility in the human world, puts the fragile relationship to the test when the Grand Council deems Aaron and Matadon the two most likely to succeed in a mission where they’re to assist trained hunters in tracking down missing Halflings in the human world.


An old adversary teases in the fringes, though.

To get the full experience of The World of Vidundr, this is the suggested reading order:

The Beauty series has some dub-con and violence in it, which are part of the story arc to be tackled. Ménage and polyamorous relationships. MM only.

The Ember series has mentions of human politics, which brings important nuances as later analogies for the story arc to be tackled, and violence. Gay fiction, not romance, but it carries a romantic sub plot. MM only.


All my books can be found on:

Or your favorite bookstore: