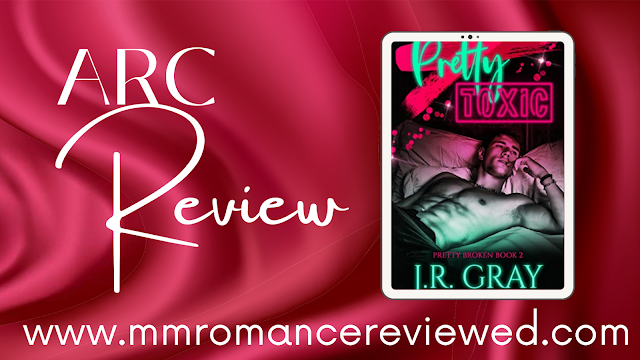 Pretty Toxic asks can love win in the toxic world of fame? Especially if one of you is straight? 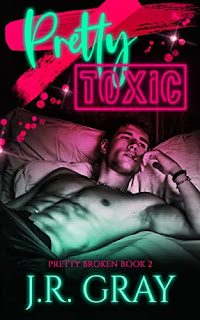 I might be the best-selling solo artist in the world, but my personal life is a disaster. For every number one album, there's a sea of my worsts, all documented in photos.Bad break-ups. Destroyed hotel rooms. Fights. Drugs. And just as many rumors.

Every headline reaffirms the walls I’ve built around myself. Fame destroys everything it touches and I can’t let anyone close.

The only exception is my best friend— Lowe Wilder.

But I’ve fucked that one up too.

It’s all about him. Every song, every lyric. Every piece of music I’ve ever written. I planned to carry that secret to my grave. He’s straight.

Another break-up, another call to Lowe. I can’t bear to have another scandal splashed across the tabloids. At my absolute worst he’s here to pick up the pieces, and I ruined it all with a kiss.

I’m the least famous member of the most famous band in the world. I’ve sat in the background while we toured the world and tore each other apart.

I wouldn’t have made it through any of this without Saint. He came into my life like a nuclear bomb. Unapologetic and with about as much destruction, but he’s kept me sane from across the world.

Nothing could come between us.

Until he kissed me and shattered my world.

Pretty Toxic is achingly beautiful. Intoxicatingly so. You can feel the push and pull of these two in every word. Best friends, who love each other to their core. But they are famous musicians. Their lives play out in tabloids. They have teams of people trying to control and direct their lives. How do you navigate intense emotions, wants and fears when the world is also watching. The dark side of fame, that threatens to tear them apart if they aren’t willing to see what’s worth fighting for. This is one of those books that makes you feel like you are actually there, the emotions so stirring, so gripping.
This is the second book in the Pretty Broken series and can be read on it's own, but you can be sure I'll be going back to read the first one ASAP, and am really looking forward to the others to come. They promise to be equally powerful.

Book 2 in the Pretty Broken series is much like the first in that it's chocked full of feels and longing.
Saint is in love with Lowe. He has been for years, even knowing his best friend is straight. He pours his heart into his music. His lyrics share his heartbreak with the world, all while never planning on telling Lowe. Saint knows if he doesn't want to lose his best friend in the world that keeping his feelings a secret is his cross to bear. "Why does it hurt so bad?" "Because it's real."
Lowe has watched Saint go from one toxic relationship to another. It kills him watching these relationships slowly destroy his best friend. But what can he do? Saint is an adult. He's not his keeper, even if he does wish he could have him all to himself most of the time. When a kiss happens and the truth of Saints feelings come out Lowe is an absolute wreck. He just can't believe all this time his best friend has been hopelessly in love with him. The knowledge changes every one of their memories. It causes Lowe to dissect every touch, every heartfelt conversation they've had over the years. And it all comes back to the kiss he can't get out of his head no matter how much he wishes he could. I loved the tight friendship Lowe and Saint had before everything hit the fan. They were each other's number one. They fought to make each other a priority even before their relationship turned romantic. And when Lowe finally let go of everything that was holding him back? Their chemistry was even more off the charts.
On another note, while Pretty Obsessed gave us some insight to Iris' feelings about Cas, Pretty Toxic gave us Cas' side of the story. I'll tell you this, the two sides most definitely don't add up. I have a feeling their story is going to be quite the angst fest and an epic showdown is on the horizon. There's only so much more those two can go through before one of them breaks. I have an inkling it's going to be Iris, but Cas isn't far behind. I just hope there's enough left up them to piece back together after the fallout.
Rating: 4.5 Stars
Amy_tbs' Review:

"In the essence of Shakespeare, being around Lowe was a tragedy. Close enough to love and yet utterly wrong. He’d never love me back, and I’d made my peace with that."
“You know they are about you. You know every song I've ever written is about you.”

Pretty Toxic is the second book in the Pretty Broken series. These can be read as standalones but to get the full experience it is suggested to read them in order. Pretty Toxic follows Saint and Lowe in this Rockstar romance.
Lowe considers himself the least famous member in the worlds most famous band.
Saint, world renowned best-selling solo artist.
Fame comes with a price though, their lives are documented. The good, the bad and the damn right ugly. From disastrous relationships, trashed hotel rooms, fights and drugs.
Saint has learnt to build walls around himself. He keeps everybody at a safe distance, everybody but Lowe. Lowe is there at his lowest moments and always puts the pieces of his shattered world back together again.
Nothing can come between them. Nothing but one kiss.
This is a low angst, steamy mm romance. I absolutely love this series and Lowe and Saint's relationship was so sweet. It was super steamy with GFY/Bi-awakening and friends-enemies-lovers tropes. I can't wait for the next book in this series. I highly recommend this.
Rating: 5 Stars
Heather's Review:
Saint and Lowe are a study in slow burn... Saint has known for years that Lowe is the one... and Lowe is a walking ball of jealousy and has no idea that Saint is his person... even after an explosive kiss that rocks Lowe's world, we need to watch him putting the pieces together in his mind...
I love the way J.R. Gray writes tension... it's deliciously frustrating for the reader and so many of the side characters... Saint and Lowe are the perfect fit for an angsty tug of war...
If you're looking for a slow burn, high heat, best friends to lovers taking a rocky and introspective road... all while writing songs, you'll love Pretty Toxic!
PS If you haven't read Pretty Obsessed, I recommend that you grab it too... they can be read standalone, but why not indulge yourself...
4.5 stars 5 Stars Amy_TBS angst ARC Contemporary Emotional Friends to Lovers Heather Heather of NotGuiltyofBooks Jacqueleen Series Standalone