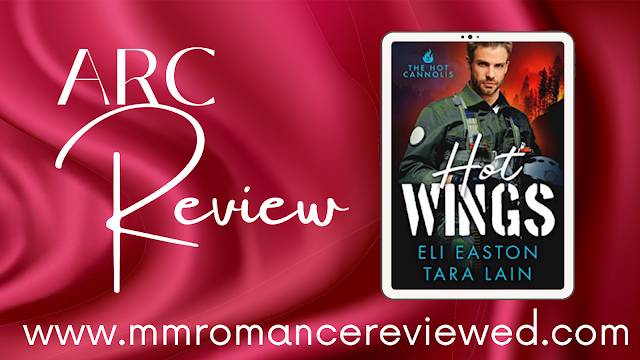 "What happens when you finally get the one thing you always wanted only to realize it's not worth the cost?" Firefighter royalty meets hotshot Fire Pilot. Find out what happens when things heat up. 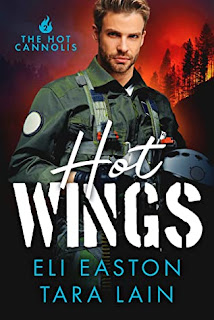 The alpha meets his match.

Most macho of all the super-alpha Canali brothers and proud of it, Donny’s famous for his gorgeous face, his firefighter prowess, and for going through girls his family doesn’t approve of as fast as he changes jeans.

Donny’s biggest hero is his fire captain dad, until his life gets saved from the skies by fire pilot Dell Murphy.

Dell’s certain about most things. He’s been proud to be gay since he was ten, handled a helicopter in Afghanistan like it was part of his body, and can fly a fire bomber in the worst conflagration. And he’s absolutely certain that Donny Canali belongs to him.
Dell also knows how to show a lover he’s in charge.

Donny’s shocked to discover how much he’s turned on by dominant Dell, but Donny’s not gay. He’s not. He can’t be. It would break his father’s heart.

HOT WINGS is a battle of the alphas, hot firefighters, two crazy families, dominant lover, HEA romance with a helping of laughter and even more feels.

It takes a lot of talent and skill for an author to pull off a redemption story, especially when it concerns an MC who was incredibly homophobic in the previous book. However, Easton and Lain sure made that magic happen. I think it helped that by the end of Hot Seat, Donny seemed to already be coming around to the fact that his personal opinions on gay men were outdated and wrong.
Unfortunately, that way of thinking still didn't prepare the man for his own feelings when it came to Pilot Dell Murphy. " I don't know what I'm doing..." "That's okay, baby. I do." Man, Donny and Dell were so hot together. Their particular kinks lined up so perfectly that when those two got behind closed doors, all bets were off. Whoa momma!
The problem lay in when those doors opened. Donny was terrified of disappointing his family, especially his Pa whom we all know from book 1 isn't exactly the most tolerant of the Cannoli family. In fact, I'd say Pa and Gabe are the two least accepting of the bunch. I really felt for Donny on this point. I couldn't imagine how hard it was for him to hide his first taste of real romantic love from the people he cared about the most. I also felt for Dell. He knew it was a bad idea. He warned himself over and over, but he just couldn't give Donny up. Here was a man he could finally see himself building a relationship and future with, and that man was too afraid to basically even admit they were friends. It was a no win situation. Donny was convinced this was a passing fling, while Dell was convinced that Donny was made to be his.
I knew it was going to be hard. I knew there was going to be some angst when it came down to it. Dell was not a man who wanted to hide. I did not, however, expect the downright HOLY SHIT moment when Dell and Donny's relationship came to light. I think my eyes got as wide as Dell and Donny's when I realized what was about to happen. Dell compared it to an unstoppable train wreck and he was right. You just couldn't look away. What inevitably followed was some soul searching on both Dell and Donny's parts, which seems to be a theme in this series. Dell admitting to himself that he couldn't continue on with Donny if it had to be a secret. Donny realizing that he couldn't live to please others. It was time he lived for himself. It was time he loved himself. And it was time to tell Dell he loved him. I really loved this addition to the series and cannot wait for who's going to be next!


Not Guilty of Books Review:

Welcome back to the larger-than-life Canali family. Book number 2 in the series is a redemption arc for Donny, one of the straight alpha brothers who, before he saw how the secrecy of living in the closet almost destroyed his brother, was tragically homophobic. In truth homophobia and toxic masculinity are key themes for this series. But with each book, we see the walls of hate peel away.
When Donny, of firefighter royalty, meets Dell and develops a bit of a crush on this ex-Military fire pilot (and his long list of Irishisms!) he’s forced to question everything he knows about his desires. But to move forward he’s going to have to battle the expectations of family, in particular, his overpowering macho father, and figure out if his own happiness is worth it all. With some laughter and some hard truths, this story takes root in your heart. I really like Donny and his journey, and Dell was wonderful, deeply caring but he’s also willing to stand up for himself. This is a good series, and I'm enjoying the honest look at family, toxic expectations, and the ability to change, mixed in the crazy antics of the large wild family.


Sheena's Review:
HOT WINGS is the second in the Hot Cannolis series, we meet the Canali family in book one and this is a new couple, but we meet Donny in book one and Dell is mentioned at the end of that book. Tara Lain is one of my go-to MM authors, I'm not as familiar with Eli Easton but I really enjoyed book one so was looking forward to this one greatly. I loved the premise of this, two macho alpha males, one out and proud and one discovering himself and I was just there for it.
I loved Dell Murphy right away, I loved the interaction with his family, and when I found out the origin of his name and love his mother has for LOTR I was there for that too. Donny I wasn't so sure on as he wasn't exactly the most welcoming character in the first story but people deserve a chance to change and for their story to be told. More than anything I love a story that subverts stereotypes and this had that in spades. Donny and Dell are both macho alpha males but we discover this hidden side to Donny that I loved seeing him explore with Dell.
The Canali family is as chaotic and interfering as ever and Dell's mum and sister give as good as they get, quite frankly. Dell's mum has some of the best lines in the whole book and had me laughing out loud in more than one place. There's more than a dash of adventure too, how could there not be when one is a firefighter and the other a fire pilot. Also loved Dell standing up to Donny's dad and opening his eyes to stuff he should have seen ages ago, and someone should certainly have said to him (yes, I'm looking at you Uncle Ricky 😂). Ultimately these two are perfect for each other, in and out of the bedroom - and there was plenty of heat here (not just from the wildfires either 😉).
I'd rate the heat in HOT WINGS 🔥🔥🔥🔥 because HOT HOT HOT HOT. Loved this story, can't wait to see where Eli and Tara take us next, can't wait to find out whose story is next, and which of the family we'll spend time with next (also want someone to tell Gabe to stop being such a giant arse).