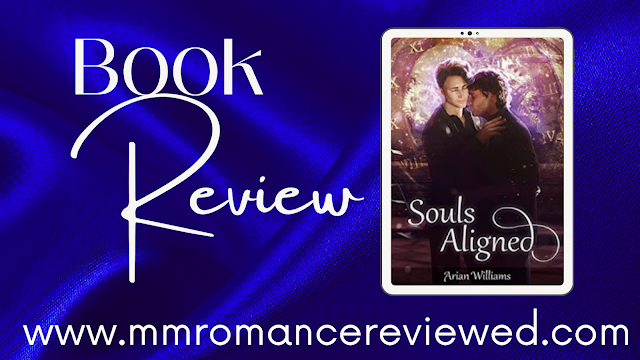 'Do you know how much it killed me to leave you?'

From the Souls Aligned blurb: 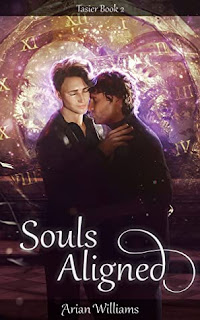 Age gap romance, soulmates with supernatural abilities, time traveling gone amok, longing for flushing toilets, abundance of sarcasm, and a bit of angst-filled pining ending in happily ever after
From the moment he laid his eyes on him, Eric knew Bhas was his soulmate.
Beautiful, enigmatic, and timeless, Bhas became a constant presence in his heart.
But as his guardian and protector, Bhas seems oblivious to his love.
Heartbroken, Eric ran away, leaving his heart permanently behind.

Now Eric has to face Bhas again. And danger and darkness follow them as they embark on an adventurous journey to the past to help their friends in the Tasier organization.
Will there be enough time for Eric to convince Bhas they are meant to be?
Can their souls be aligned now that they are brought together again?

This is part 2 of the series set in the universe of Tasier, a secret organization of people with supernatural abilities. Can be read standalone, but some of the background story about Tasier would be better understood if read in sequence.

Souls Aligned is the second in the Tasier series, I'd highly recommend you read the first one before this as it will set up everything nicely and you'll get so much more from this book if you read the first one. I really liked the first book, but I think I liked this one more.
I wasn't sure about Eric in the first book but getting to know him here, I really liked him. I liked his snark, his wit and mostly positive attitude despite his loveless childhood. I was so rooting for him to find his HEA and I'm glad he did. He and Bhas were so great together, I don't think I've read anything with quite such a big age gap ( not really a spoiler ;) and my heart really broke for Eric more than once during this.
The author really put poor Eric through the wringer here. I loved finding out more about Tasier, and did not see that reveal about Bhas and the others coming, I was a little blindsided by it in the very best way. It opens up a whole realm of possibilities and I'm here for it.
I loved that this was a direct continuation of the first book, seeing Joon, Trey, Ash, Sett, Nial and Naz again was great, and seeing how Joon continues to grow in confidence and with his powers too, that's what I wanted for Joon in the first book.
This is Eric and Bhas' story, though. I loved them together, they were the perfect foil for each other once Bhas opened himself to the possibility of actually being able to be with Eric. Eric coming to terms with his powers and growing them too and helping not only Bhas, but others too is the perfect growth for Eric and him coming to terms with his powers. I loved Souls Aligned, but can you say cliffhanger?
I need more, NOW. (Thankfully I don't have long to wait for the next one!)