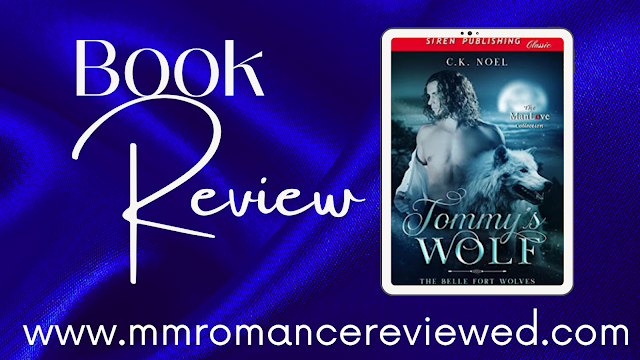 Tommy is a human who is looking for love but not finding it. Zach is going through a really tough time and is recovering from past heartbreak. When the two meet, are they brave enough to take the chance and trust fate?

From the Tommy's Wolf Blurb: 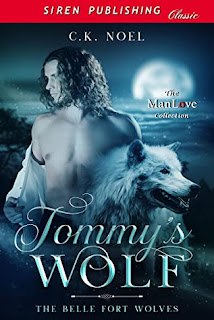 Tommy Williams thought humans didn't have fated mates. It turns out, he does… but his mate is in love with someone else.
Tommy has been out and proud since eighth grade. Unfortunately, he's never met a partner that he really connected with. When he learns of paranormals and fated mates, Tommy wishes for his very own perfect match—but humans don't have soulmates.

He's instantly smitten. But Zach has a lot of baggage. No, it's worse than that. Zach's heart has belonged to someone else for years. Maybe Tommy's wish didn't come true after all. Tommy's tempted to cut and run, but he's not the type to give up—not when it's the perfect match he's always desired.

Can Tommy help Zach recover from a forced mating? Can he help him get over the love and betrayal he's suffering from? Can Zach love Tommy despite the impossible odds stacked against them?

Tommy's Wolf is the first book in the Belle Fort Wolves series and the first book I have read from this author. It does appear that there is a previous series which is linked as a number of the characters have clearly had their own story. There is enough information that you can still enjoy the book however and it doesn’t detract from this story. I would say that this is a short read but I enjoyed it. There was enough drama and intrigue that it kept you engaged in the story and there is a HEA at the end. The final epilogue introduces the next couple in the series as well and so leads in quite nicely to the next book.