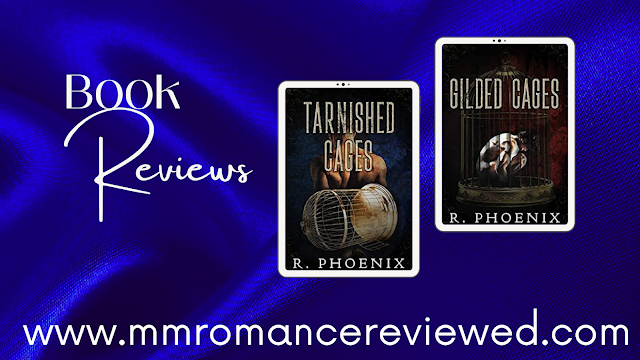 Gilded Cages is dark, twisted, and not for the faint of heart. 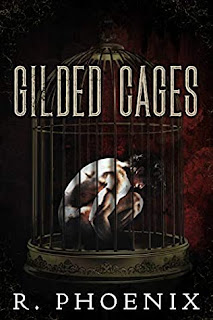 When Cammy’s Daddy asked him if he wanted a puppy, he expected the fluffy, four-legged kind. Instead, he finds that his Daddy meant something else entirely... and he isn't sure what to think of the new addition to the household.

Zay’s life might not have been perfect, but it was still better than being kidnapped and sold into slavery. When his new Master tells him he’s going to be Cammy’s puppy, he has to decide just what he’s going to do…

This book is darker than dark. It's MMM. A boy, a puppy, and master. The Master is also the kidnapper who brain washes those in his care in crazy ways. At first, I wasn't sure at first if this book would be good, but it didn't disappoint.


Rating: 5 Stars
Tarnished Cages is just as dark than the first book. If you don't like dark and gritty, then don't read it. 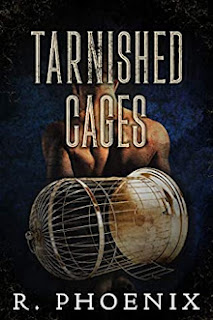 “He could have everything here, and the price is so small. Why would he want to go back out into that cold, unforgiving world?”

It’s simple, really. Zay has a roof over his head, food in his stomach, no bills or jobs to worry about, and he gets to lie around all day. It should be the perfect life for him, and it would be… if it wasn’t for the fact that he has to play the role of a two-legged “puppy” for his captor and his captor’s little. Zay’s unwillingness to accept his new life breeds doubt and discontent in Cammy, who’s longed for an end to his loneliness. Even though they should be bonding, the distance between them seems larger than ever. Cammy wants Zay to see how fortunate he is, but will it be Cammy who has his own revelations instead?

The second part of the series, and it was just as good as the first book. The puppy learns his place between the boy and master. Zay's emotions are over the place as he tried to figure out if she should stay with his kidnapper, or go back to his family. As if going back was even an option. I almost want a third book just to see how the relationship grows between them all. And, there is no other book as dark as this one that I can find. So if dark isn't your thing, then don't read. But if dark consumes your need, then this book series is a must read.