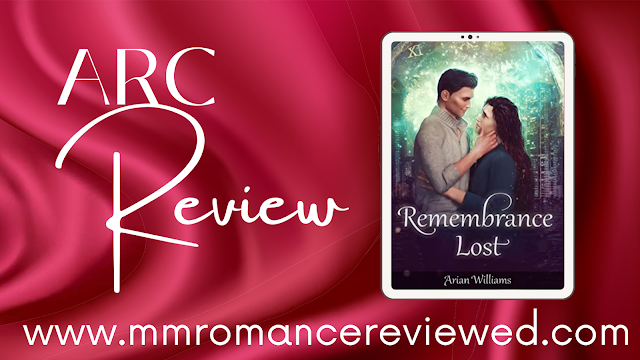 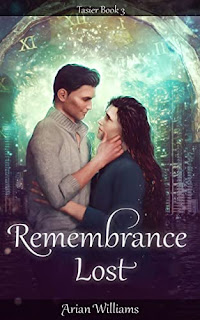 Clueless MC with amnesia
Hopelessly romantic other half
Special coffee thermos messages
Crazy teleportations across the world
Battle for one who needs to be redeemed
Rescuing a trapped hacker
And mistaken and lost identities
Remembrance
Ryan met his soulmate when he was fifteen. And for him, it was a love at first sight.
Nikki was sixteen, an orphan who came to live with his family with no memory of who he’d been.
Five years later, Ryan’s still unsure whether there’s something more between them other than platonic love. They’d bonded in every way, except as lovers.

Then the world of Tasier intrudes, a hacker in danger in need of a rescue and a brother who needs redemption. Nikki and Ryan, along with their friends, travel across the world and are met with astonishing adventure and danger. With Nikki’s lost memories haunting them, will their bond be strong enough to survive the darkness that surrounds them?

Remembrance Lost is part 3 of the series set in the universe of Tasier, a secret organization of people with supernatural abilities. It can be read standalone, but as it draws on the background story about Tasier developed in previous books, it is better if read in sequence.

Remembrance Lost is the third in the Tasier series, I'd highly recommend reading 1 & 2 first because you'll meet practically all the main players in this book before it starts, and it's a continued story arc. Plus they're all really good too.
This is Nikki and Ryan's story, I was looking forward to this from the first time I met Nikki and Ryan in the other books. It also continues the other couples stories and the overarching Tasier story while expanding on it.
First though, I'm going to take a minute to appreciate the world building in these books. Tasier is a fully realised organisation, and while it all occurs in our world it's so cleverly weaved in you could really believe it might actually be real. Same for the abilities the characters have, especially with the reveal in the last book of their origin, the whole atar thing is so brilliantly done.
Soulmates/Fated mates I can usually take or leave but the way the author has done it in this series, I really like. Nikki's story isn't straightforward, he and Ryan are soulmates - atarav - but nothing more than platonic for 5 years although both want more. I loved Nikki from the other books, Ryan I didn't get to know until this book but they were an absolute perfect match, balancing the other out. This is of course once we got past the twist of Nikki's story and finding out his abilities and history. I'm trying not to put spoilers here because Nikki's history is the crux of this story, driving the narrative forward and advancing the Tasier story as a whole. I loved Nikki and Ryan, loved seeing Bhas, Eric, Ash, Sett, Chael, Saf and the others again. I NEED Saf's story too (that's a massive hint 😉 ) More please! I'm not done with Tasier just yet.
Rating: 4.5 Stars
Remembrance Lost is currently available as an e-book and can be read as part of your Kindle Unlimited Subscription
4.5 stars Amnesia ARC Fated Mates KU PNR redemption Series Sheena soul-mates