Honeymoon Ever After by Ariella Zoelle 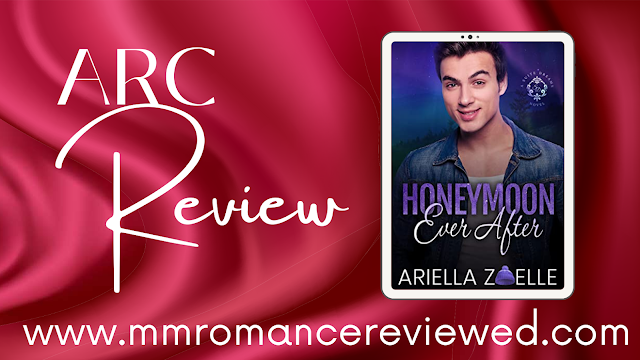 Honeymoon Ever After is a perfect weekend read - sweet, no-angst insta-love with a side of Northern Lights...
From the blurb: 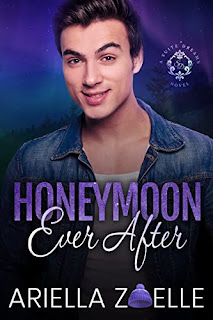 Rory’s never been attracted to a man before, but Kieran changes everything from the first moment they meet. Will he be able to embrace his unexpected feelings for the Hollywood celebrity?
Rory Kinsella
My new life plan is going great:
Dump my awful fiancée who is in love with her best friend and not me? Done.
Celebrate my newfound freedom and happiness by going on a solo “me-moon” honeymoon? Great, that should be fun.
Fall in love with a Hollywood action hero when I'm straight? Wait, what?!
Besides being absurdly handsome and incredibly charismatic, Kieran looks at me with his magnetic and captivating green eyes in a magical way that makes me feel like I’m the only person in the world that matters. But is that really enough to make me forget that I’m normally attracted to women?
Apparently, the answer is “Yes!” However, it’s not only his gorgeous good-looks that sway me into switching teams. No, what really makes him tempting is something much deeper than that. How can an academic nerd like me resist someone as sweet as a man who wears TARDIS pajamas and wants to shower me with all the love my ex-fiancée never gave me?
Kieran Aiello
My hide out from the paparazzi “vacation” plans:
Go to Sweden to escape from a scandal? Easy, I can do that.
Stay in my hotel room without leaving for any reason per my agent's orders? Yeah, that's not happening.
Find a hot Swede to hook up with in a sauna? Definitely doable.
But things take a surprising turn when I accidentally run into Rory instead, a cute grad student who actually sees the real me that most people don’t believe is hidden under all my Hollywood muscles. He wasn’t part of my original plans, but what could be more tempting than that?
I always thought the insta-love romances I portrayed in my movies were a little hokey, but Rory turns me into a true believer. The chemistry between us is undeniable, but I want more than just a physical relationship with him. If he’s willing to take a chance by opening his heart to me, then why should I settle for anything less than a true romantic ending of a lifetime of love together?
Honeymoon Ever After is the fifth and final book in the Suite Dreams series and part of the Sunnyside universe. This novel features a bi awakening, insta love, celebrity/regular guy, age gap, forced proximity, gay romance. If you love cute sweetness, sexy fun, and no angst stories that will make you laugh and swoon, you’ll enjoy this satisfying HEA without cliffhangers. Each book can be read as a standalone or as part of the series in order.
Red's Book Reads Review:
Honeymoon Ever After is just such a super-sweet feelgood story and I devoured it in one sitting. Whilst this is the fifth book in the series you can read it as a standalone if you so wish.
Having read the previous book in the series I already felt for Rory having witnessed how nasty his ex was. I loved that this book focused on him and started with him enjoying himself and rebuilding after splitting with her. That said, the background is described in enough detail that you don't actually miss anything if you haven't read the previous one.
Rory and Kieran are just so adorable. I love how Kieran has this secret geeky side and how he dotes on Rory and allows him to come to terms with his sexuality on his own time. The whole relationship between them was just so lovely and I really didn't want to put this book down. I just loved it!
Rating: 5 Stars
Heather's Review:
I have appreciated that Ariella Zoelle's Suite Dreams series has taken us all over the world to have people who could have met closer to home find each other in unusual places... and Honeymoon Ever After does just that!  Despite both characters having a direct connection to Sunnydale, they end up watching the northern lights together in a remote Arctic part of Sweden...
The instant connection, the age gap, the tinge of hurt/comfort and empathy all made Honeymoon Ever After a sweet and easy read.  This is the perfect pick-me-up quick romantic read that we all need sometimes!
Rating: 5 Stars
Honeymoon Ever After is available in Kindle E-book and paperback formats and can be read as part of your Kindle Unlimited Subscription.
5 Stars Age Gap ARC bi awakening Forced Proximity Heather KU Opposites Attract Reds Book Reads