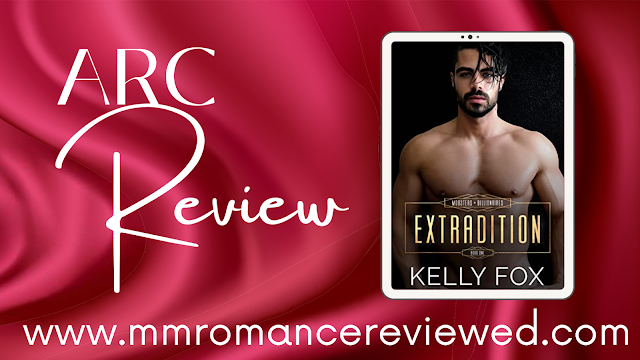 I'm one of those people that authors love to hate... yep, I'm the one who finished Extradition and immediately stalked to find out when book 2 in the Mobsters and Billionaires Series comes out - spoiler alert, June 22nd and it's called Protection... you're going to want to mark you calendars as soon as you've finished Extradition, so I'm saving you the step of having to look it up... 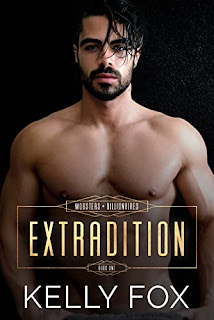 Fun fact: You can take the man out of the Mafia, give him an MBA, and put him in a Manhattan high-rise, but some part of him will always be a mobster. Which probably explains why I told off my billionaire CEO in front of the entire company.
After a video of our exchange goes viral, I can either let my father’s men toss Rand Wolfe’s disrespectful ass into the Hudson or help him escape. Long story short, I’m hiding out in the billionaire’s penthouse with my father’s extradition order hanging over my head.
Only…Wolfe’s nothing like I thought he’d be. This wealthy, powerful man is surprisingly human, and his alpha-hole façade falls apart completely when we’re alone.
God, he comes alive under my hands.
With other families getting involved and my father’s threats looming in the background, am I mob enough to save the man I’m falling for?
Extradition is a Manhattan romance that features an ex-mobster with a heart of gold, a billionaire who’ll take control in the boardroom but likes to give it up in the bedroom, and a snarky cast of criminals, reprobates, and other corporate types.
This is the first book in the Mobsters + Billionaires series. #dangerswoon
Heather's Review:
I typically skip mafia romances as a rule, but I have come to know that Kelly Fox never writes a traditional character doing traditional things and once again, I was proved right in the most delicious way!
Honestly, without spoilers I can't tell you just how much I love Joe!  He's that delicious combination of book smart, street smart and genuinely sweet that just melts you into goo... and when someone he loves is threatened... whoooboy... yeah... you'll need a glass of ice water handy...
Rand is also sweet, but where Joe sees everything, he's naïve and spoiled, but so willing to learn and be led once his ornate glass house is shattered...
This book is one you're going to want to clear your schedule for - have snacks at the ready, because you'll start it and not want to put it down until you finish the last word of the epilogue and then you'll calculate just how long it is until Protection releases - to make it easier for you, I've embedded a countdown clock (set to midnight EST for the June 22nd release day)
Rating: 5 Stars
Also, we're participating in the Instagram Tourfor Extradition - if you're on Insta, join us by clicking on  this graphc and enter the giveaway: 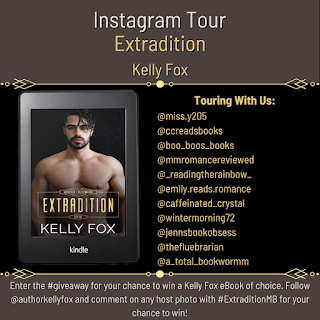