Cover Reveal: Chamomile by A. J. Clarke with an exclusive sneak peek! 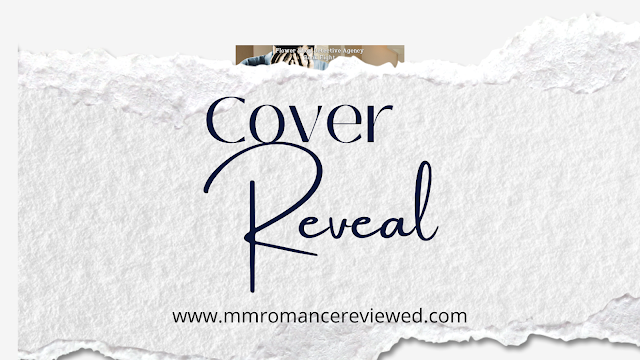 So excited to share the beautiful cover of Chamomile, the 8th book in A.J. Clarke's Flower Shop Detective Agency Series.
It is available for Pre-order now on Amazon and will be published on 2/15/22.
Amazon Link: https://amzn.to/3IXGT3I
GoodReads Link: https://www.goodreads.com/book/show/60213771-chamomile
From the blurb:
Sam
With the Flower Shop’s Grand Reopening, life has finally returned to normal. Sam could be content to forget the last few months entirely, if only he could. When Nightshade reappears, however, it becomes apparent the facing off with him for what Sam hopes is the final time may be the only way that anything will ever be “normal” again.
Eli
Though his video is still making waves on the internet, Eli still feels the pressure to track down the missing members of Napoleon’s gang. When Nightshade offers them an invitation, however, Eli finds old trauma coming back to haunt him. Capturing Nightshade won’t heal the damage done to the world, but Eli can only hope it will at least quell his personal nightmares.
Chamomile is the eighth book in the Flower Shop Detective Agency series. Enter a world where a few, select people have powers – known as Talents – that can be used for good just as much as for evil.
This book contains graphic depictions of male-on-male sex and kink/fetish content.
Kinks/Fetishes include: dating coworkers, sex toys, sixty-nine, first-time bondage, blow jobs, and anal sex. 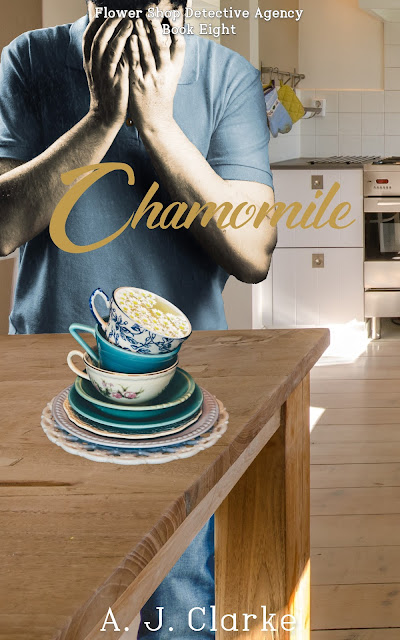 Exclusive Excerpt:
"Look at timestamp 1:34am as soon as you get this.'
Sam stared at the ominous message, reading it twice before it made any sense to his still muzzy brain. Once it clicked, however, he raised his eyes to Eli's. With the light no longer pointed at Eli's face, his blue eyes were only black dots in the darkness.
""Have you looked yet?"" Sam asked. Eli shook his head.
""I . . . didn't want to look it up alone. That's why I woke you up. Sorry,"" Eli said. His sentences were clipped and stilted, almost like he didn't quite trust himself to speak.
Sam tried to slick his hair back against his head, but it was useless without the gel to hold it in place. Giving up, he squeezed Eli's shoulder instead and reached across him to retrieve the blond's laptop from the bedside table.
""Well, I'm up. So let's take a look,"" Sam said, opening the computer between them on the bed. He paused for a moment, expecting Eli to take over. Eli was clutching his phone against his chest, though, watching the laptop like it was a snake that might strike out at him at any moment. Sam wanted to wrap his arms around Eli at the sight, but he knew that the only thing that would truly help the blond was to answer the question of what was waiting for them at 1:34 in the morning on that footage.
The camera feed in question was still taking up a fourth of the screen when Sam woke the computer up. He made the picture take up the entire screen before rewinding by a few hours. It was a weeknight, so the station was mostly deserted. Figures flew by as he rewound, but for the most part they were solitary and gone too quickly for Sam to take in any details. The timestamp at the bottom of the image hit 1:30 and Sam pressed the play button.
Now that he didn't need his hands to control the computer any longer, Sam tugged Eli into his arms while they watched the seconds count upwards. The minutes seemed to crawl by, but Eli only squirmed once or twice in his arms. Otherwise, he was stiff as a board in Sam's embrace. When the timestamp reached 1:34, Sam felt Eli suck a deep breath in and hold it.
For a few seconds, nothing happened. The station was just as abandoned as it had been for the rest of the time they'd been watching. Then a figure entered the screen from the left. This particular camera was in black and white, but even without color the fedora was all too familiar. The breath that Eli had been holding blew out of him in an almost explosive burst of air.
Nightshade walked casually, his hands in his pockets and his shoulders slightly hunched. He stepped up to the payphone, but didn't touch it. Instead, he lifted his head and began scanning the ceiling. It took Sam a moment to recognize what he was doing.
He was searching for the camera.
They must have known by now that Nick had been caught. With Nick in custody, it seemed that Nightshade must have assumed that the connection to this station's payphone would eventually be discovered. From there, it was only natural to assume that S.T.A.R. and the Flower Shop Agents would begin monitoring the cameras in the area. That was how they'd found him the first time, after all.
Finally, after an agonizing minute of searching, Nightshade's eyes landed on the right spot. Eli sucked in another breath and Sam tightened his hold on him. Nightshade's eyes seemed to stare through the screen and bore directly into them, or at least that was how it felt to Sam. He'd shaved his mustache. Sam could only suppose it was because the neatly trimmed facial hair was too hard to maintain wherever he was living now. The absence of it should have made him look younger, but it didn't. Instead, it only made Nightshade's face appear even more angular than before.
Having found the camera he wanted, Nightshade glanced around the empty station before taking a few steps back, planting himself firmly in the center of the shot. Once he was in position, he fished something out of his pocket. It was a sheet of paper, larger than normal printer paper and folded over on itself several times. As he unfolded it, Sam thought it might be a map of some sort. What was depicted on it and what significance that might hold, though, was lost without the means to zoom into the shot. While Sam knew how to rewind and fast-forward the footage, as well as how to save snippets of it, he didn't know how to zoom and he wasn't about to start pressing buttons now and risk missing anything important.
""There's something written on it,"" Eli whispered. Sam glanced down at him before lifting his gaze again to the computer. Sure enough, as Nightshade unfolded the map Sam could catch glimpses of lines of black. None of them looked like much on their own, but it made it clear that something had been written in bold marker on the other side of the map.
Finally, Nightshade finished unfolding the entire map and turned it around to face the camera. It took a moment of shuffling for him to get his hands in position and spread the wide paper over his head, the words written on it easily readable on the grainy camera thanks to their larger-than-life lettering.
The subway tunnels. Wednesday. 10pm."

Pre-order your copy of Chamomile today and it will be waiting for you to read on February 15th!