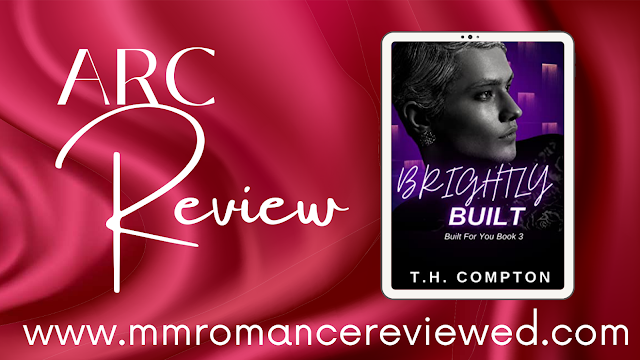 I've been waiting for Syl's story since Logan's story in Beautifully Built and now it's here!!!
From the blurb: 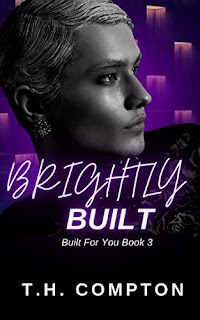 Love works in mysterious ways?
Well, love can go eat dirt.
Syl
I woke up with the hangover from hell in the adorable bartenders bed and I ran out of there as fast as my feet could take me. I don't mean to be an ass, but Russ is everything I have never wanted. He's too quiet, too young, and too sweet. How many drinks did it take to turn playful flirting into ripping his clothes off. It was just a one night stand, but I keep thinking about him in a new light.
Russ
I finally had a successful conversation with the man I have been pining. Not only that, but he tipsily tumbled into my bed at the end of the night. Unfortunately, when I woke up he was gone and I am back to being the friend with no benefits. He'll never really see me as anything but a stuttering, fumbling mess. I want to be the man he wants, but he shines so bright.
Brightly Built is an MM romance with two men who don't know their own strengths. This story features a hopelessly devoted stuttering bar man that just lost his virginity to the beautiful elusive barfly with a healthy appreciation for musicals and fruity pebbles. Syl shines everywhere he goes, but can Russ join him in the spotlight or will he be burned along the way?
*Trigger warning for off page mentions of verbally abusive intolerant parents.
Join the employees and patrons of Built Bar as they find love for themselves and each other in the Built for You series. Each story has characters from previous books and will be best enjoyed in order, but can be read as standalone.
Heather's Review:
As an avid reader of everything that Taylor has written so far, I happily reworked my list of ARCs this week to include Brightly Built when she put out the ARCs and it was so worth losing a little sleep to read Russ and Syl's story!
While I agree with the blurb that you can read this book as standalone, I do recommend starting with Beautifully Built and also Becoming Built - you meet both MC's in the previous books and I think you get a good history, especially of Russ, but also where Syl starts from...
This story is so sweetly romantic, fumbling and heartfelt... both men get the chance to grow into the relationship and it all just works so well... the sprinkle of angst, the drop of misunderstanding brings everything together for a wonderful HEA.
Rating: 5 Stars
KjnRose's Review:
This was the best story of one night stand to love.  The quiet one gets with the loud one.
I loved the other two books in this series and this one did not disappoint at all.  I love that Russ was finally able to get together with Syl after watching him from afar for so long.  Russ always felt unsure of himself and didn't seem to think he was quite good enough for Syl because he was so shy and self-conscious about his stutter, but his friends end up encouraging it and in the end it's all worth it.  I'm so glad Syl was finally able to get his head out his rear end and see what a great person Russ was.
Rating: 5 Stars
Laora's Review:
Flamboyant outgoing Sly and intorverted Russ - a great match
This is the third book in the series, it is not necessary to have read the previous book in the series, but in my opinion it helps to get a bit more background information about both Syl and Russ.
I was happy to see that they would get their story. For me it felt like a reversed ' get to know you story'  They have both been eyeing each other, with realizing it. One sloshed night Syl and Russ take the plunge and end up in bed. After a hasty retreat by Syl the following morning, which was thwarted by the friendly neighbour, they start dating and getting to know each other. That took bravery on both part, but especially for Russ. These strong and caring men who overcame their birth family, find their found family and  a hea.
Rating: 5 Stars
5 Stars Fem Friends to Lovers Heather KjnRose Laora Opposites Attract Series Virgin