Baby and the Billionaire, Shifter Rescue #3, by Victoria Sue 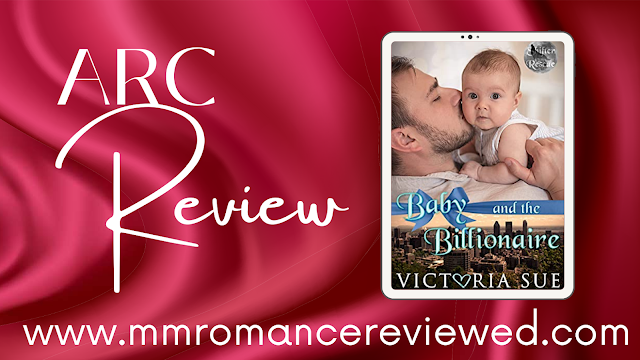 Baby and the Billionaire by Victoria Sue brings you into a detailed shifter society with a lot of babies! 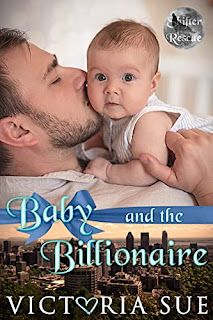 Zeke has always had the strength to fight for what he loves. But this time will he have the strength to walk away?
The shifter pack call him a human alpha, but Zeke Coleman knows he’ll never be one of them. Not really. And he hasn’t let it bother him in years, not until he meets a beautiful, damaged omega Darriel—and falls hard for the second time in his life.
After years of abuse, it takes a long time for Darriel to trust again, especially a human. But Zeke’s hang-ups about age and his place among shifters keep them apart, and Darriel forces himself to move on for the sake of his children. No matter how much he loves Zeke, Darriel refuses to risk another alpha who won’t love him back the way deserves.
But when Zeke is kidnapped and tortured by a panther clan, they can’t stay away from each other any longer. The problem is, everyone in Zeke’s life is in danger now, and he’s the only one who knows what’s going on. Even telling Darriel the truth could get him killed.
And he might be nothing more than a weak human, but Zeke will fight to the death before letting shifters hurt someone else he loves.
Sometimes it’s not about being an alpha in his body. It’s about being an alpha in his soul.
Jacquie's Review:

Although it's  possible to read Baby and the Billionaire as a standalone, I'm not sure I'd recommend it. I spent about 20% trying to figure out what was going on and feeling confused. Maybe a quick recap or mating chart would have been handy.

After I settled into the story I really enjoyed it. I liked the writing, the characters and the set up of the omega rescue. I'd have liked the mc's to talk a bit more but really felt their connection between them.

I found the world with the shifters and even their mythology to be fascinating and intend to pick up the rest of the series, in particular the next book.

Baby and the Billionaire is part of the Shifter Rescue series and Jacquie recommends starting with book 1, Baby and the Wolf for maximum enjoyment/