The Vengeance of Roan Sinclair by Ashlyn Drewek 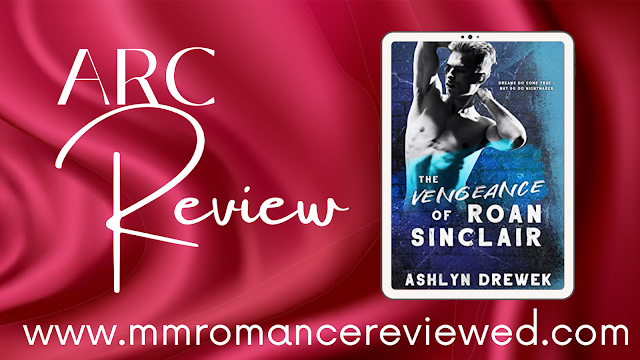 The blog team is excited to grow again and add Amy_TBS to the review team!  Today we publish  her review of The Vengeance of Roan Sinclair by Ashlyn Drewek: 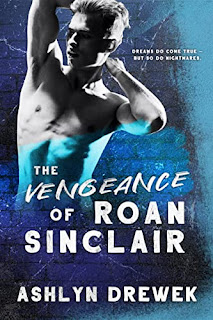 After a lifetime of death and suffering, Aleksandr Vassiliev finally has everything he could ever want — the most important being someone to share his future with. Somehow a spoiled American named Roan gave Sasha a reason to see life could be more. Except, that’s where the fairytale ends. He’s not surprised Roan hasn’t been the same since his attack, but with every day that passes, Sasha sees less and less of the boy he fell in love with. He would do anything to get his Solnyshko back, but old enemies from Sasha’s past might end up costing him everything, even Roan.

Roan Sinclair used to have it all. Now? He’s a shell of his former self. No longer the rich, carefree college guy who brought a Russian criminal to his knees, all he’s trying to do is recover from an assault that nearly killed him. Roan knows he should be grateful to be alive… but he’s not. He’s humiliated. Ashamed. Most of all, he’s angry. He hasn’t forgotten the part his dad played in everything that happened and when he threatens Sasha’s freedom, Roan takes a page from the Russian’s playbook. Maybe vengeance will piece him back together. Maybe then Roan can move on and get to the happily ever after he so desperately wants with the Wolf of Verkhoyansk.

Roan Sinclair and Aleksandr Vassiliev are back navigating a world of violence and crime and prejudice. Are these two broken souls able to find their happy ending in a world that seems destined to destroy them.

Well, I didn't expect to be in flood's of tears by the end of this story but here I'm sat blubbering like a baby.

There's so much I could say about The Vengeance of Roan Sinclair but I don't want to seem like a complete fan girl (that I am!) I absolutely adore Ashlyn Drewek her writing is what kick-started my love for reading again during the Pandemic. The Kidnapping of Roan Sinclair holds such a precious part of my heart, it's what lead me down the road of all things MM and I haven't looked back.

I honestly thought Vengeance wouldn't even come close to book one, however this was all I could ask for as closing to Roan and Sasha's story, it made me laugh which I wasn't expecting but Roan's sunshine attitude in the face of Sasha's grumpiness was absolutely hilarious. I was an emotional wreck a points, It was often infuriating! the lack of communication between them, nearly had me screaming, if they had just talked to each other!!!

It really focused on the dynamics and struggles they faced in the aftermath of Roan's assault and I think Ashyln dealt with it brilliantly, not just the struggles Roan faced but also Sasha's struggles with guilt. There was a lot of heartache but mostly it was a beautiful story about two people that found each other under terrible circumstances but somehow found every broken part of themselves in the other.

And I'm so glad as reader that I found them. They stole my heart from beginning to the end.

❤️"Sasha was at the center of it all. I might have been his “little sun” but he was the gravity that kept me from spinning out into the blackness"❤️