The Rock Star's Guide to Getting Your Man by Ashlyn Kane

on October 31, 2021
Ashlyn Kane managed to write a compelling, fun, and unique rock star romance in The Rock Star's Guide to Getting Your Man. By setting it against the back drop of the small town where Jeff grew up instead of the hustle and bustle of rock star life, it stands out.
From the Blurb: 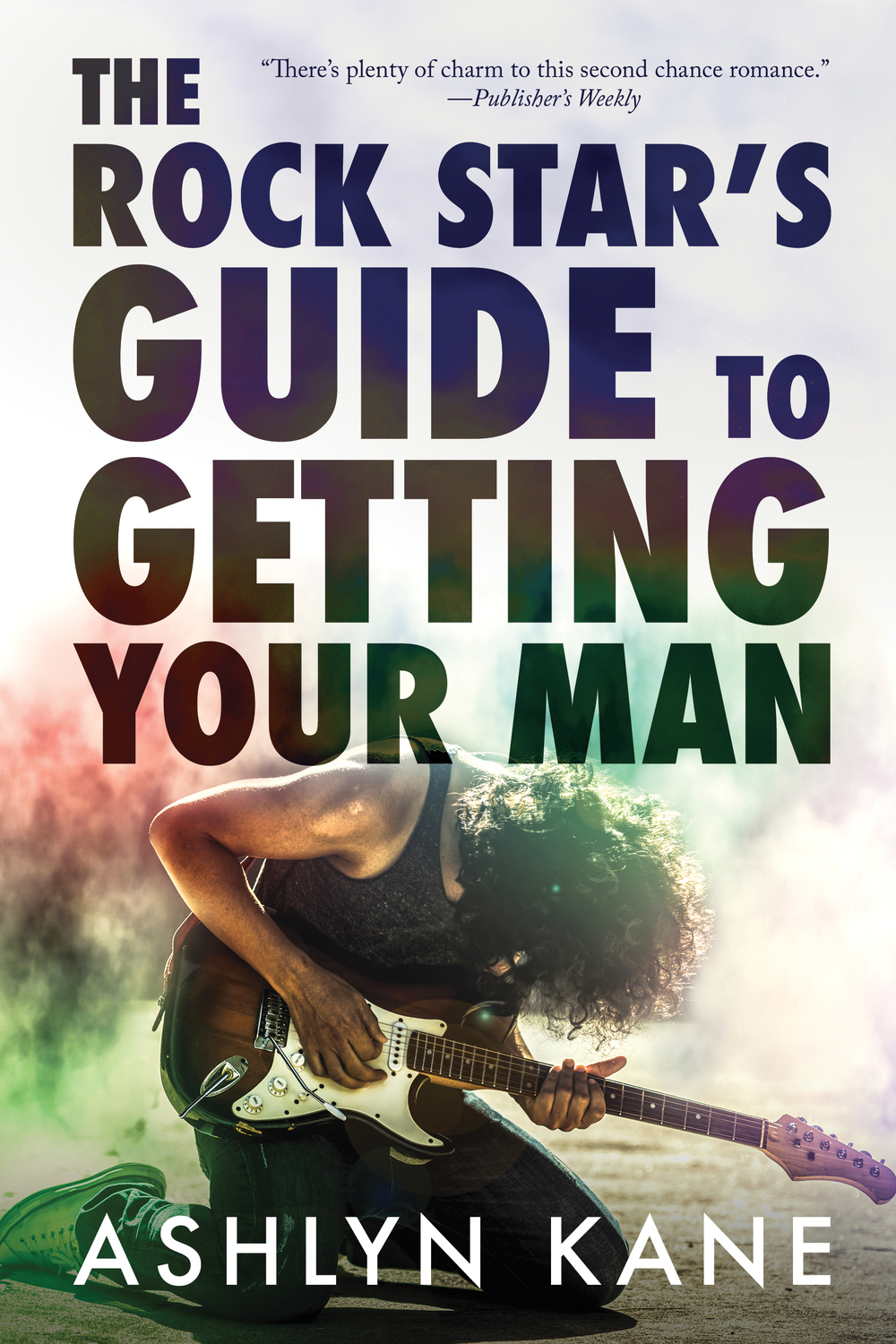 When Jeff Pine rents a cabin in the hometown he's been avoiding for fifteen years, he just wants some time away from his rock 'n roll world to figure out his life. Instead he runs into his former BFF—and the inspiration for dozens of love songs—on the first day.
Facepalm.

Park naturalist Carter Rhodes is a cinnamon roll dressed like a lumberjack. Fame and fortune don't turn his head, but the snarky little nerd who followed him around as a kid? The guy who makes him laugh when he's grieving and relax when he overextends himself? Not the rock star, but Jeff? That guy has a chance.
Jeff has always known Carter is it for him, but he's facing a tour with increasingly hostile bandmates, a looming album deadline, and the suspicion that their label is up to no good. Can he find the courage—and the time—to write a true love song with Carter?
Triggers: Discussions of drug addiction in secondary character.
Reds Review:
The Rock Star's Guide to Getting Your Man was really sweet and I loved how it didn’t just focus on Jeff and Carter but you also got to understand more about the other members of the band as well which really drew me into the story. At times the pair were a little slow to discuss issues they had and I did want to give them a bit of a shake but it wasn’t too bad and on the whole I would say this is a low-angst book although there are some heavier topics mentioned so you may wish to read trigger warnings first.
Rating: 4 Stars
Sarah C's Review:
One thing that made an impression me was the fact that the two characters were so well balanced and so complete outside of one another. They both had their own stories and their own interests. They were not so wrapped up in one another that it was impossible to tell where Jeff ended and Carter began.

I loved the fact that the book held a lot of focus on them finding themselves as well as each other. Throughout the book, Jeff struggled to discover who he was and what he wanted outside of Howl and being a rockstar. Throughout the book, Carter struggled with the feeling that he wasn't doing enough. Their relationship offered both of them a safe space to explore their insecurities. Also their relationship had some great communication, which spoiler: I'm a huge fan of strong communication in my romance novels.

It wasn't just Jeff and Carter that felt real to me. All of the side characters had their own lives and motivations, no matter if they were a B level character or the kid who worked at the grocery store and existed only in a few scenes with minimal dialogue. And the various interludes that were actually from the guide to getting your man (or person) cracked me up and provided good insight to Jeff as well.

All in all, The Rock Star's Guide to Getting Your Man was very strong. It was strong and left me smiling. It was low angst and fun with a few rock star antics for flavor and enough small town sweetness to balance out the rock star antics.
Rating: 5 Stars
4 Stars 5 Stars Contemporary Friends to Lovers Reds Book Reads Sarah C slow burn