The Alpha's Roll By April Kelley

The Alpha's Role is a sweet story, but very short. 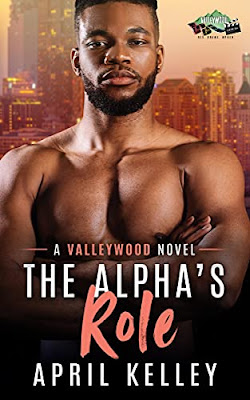 Two omegas struggle with infertility, which leads to an alpha roommate who will rock their world.

Sam and Charlie Dunlap have been mated for years. They both have secure jobs and live in Valleywood, the city where dreams come true. The only problem is their dream of starting a family has crashed and burned. They exhausted their meager savings with fertility treatments and are out of options. And then a sexy alpha bear shifter rents a room from them. Between him smelling like their mate and their new renter not wanting anything but a job, preferably in acting, things get complicated.

I really enjoyed Charlie and Sam. Their relationship was incredibly strong and beautifully written. I very much empathized with their struggle to conceive.

The addition of Tyler as the solution to their troubles was sweet, but also felt a little imbalanced. I didn’t feel nearly as connected with Tyler as I did with Charlie and Sam. He was a good addition but also seemed like he was just “filling the role“ and not really part of the relationship as much. The Alpha's Role is only a 120 page book so the quick pace is to be expected but I would’ve appreciated a little bit more development in the relationship when they added Tyler in.

Character development: 7/10 (Charlie and Sam seemed well developed but Tyler was a little less so)