Cover and Blurb reveal for Shiloh's Secret by KD Ellis

on September 15, 2021
I am so excited to be able to share the cover and blurb for KD Ellis' 2nd book, Shiloh's Secret with you! 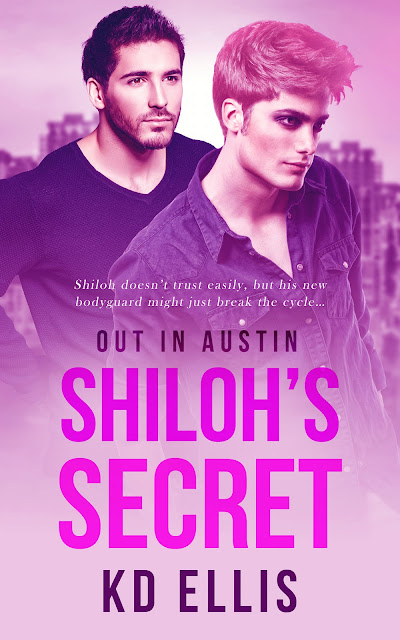 Shiloh Beckett has a trust fund, a stalker and a secret. He doesn’t trust easily, but his new bodyguard might just break the cycle.

Shiloh Beckett might be the sole heir to Beckett Industries, one of the leading tech companies in the world, but the last thing he wants is to become another suit-and-tie. He’s learned the hard way that money can’t buy happiness, just a better brand of misery.

Gage Tucker lives by the motto Protect and Serve. Raised by a cop who failed his family, Gage chose to serve his country the only way he knew how—with boots on the ground and a gun in his hand. After a mission gone wrong, Gage came home with a broken body but the same drive to protect. Months of rehab later, he joined Eagle Security as a Personal Protection Officer and he’s been a bodyguard ever since. Protecting a trust-fund brat from the paparazzi isn’t what he signed up for.

Soon he learns that there’s more than just the media after Shiloh, and the secrets the boy is hiding will change everything. If he can’t convince Shiloh to trust him, how can he keep him safe?

Reader advisory: This book contains scenes of violence, rape, reference to past child abuse, self-harm and suicidal ideation, and PTSD,. There are references to drug use, sex work, elements of BDSM—Daddy kink and power play—and parental neglect.

The Pre-order will start in October and the General Release Date is 16th November 2021!

So What Can I do while I wait for the pre-order to open? 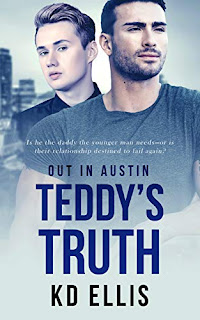