Audiobook Review: Yours, Forever After by Beth Bolden

A fairytale to behold... 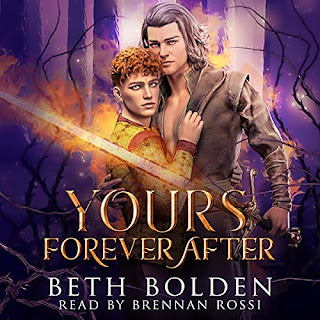 Fifteen years ago, Prince Graham of Ardglass barely escaped from the ancestral castle with his young life. Rescued by a magical creature and spirited off to a faraway valley, he grew into a strong, capable man - never shirking his duties on the farm, but forever bitter over his father’s betrayal. But just when he has finally come to terms with being lost and staying lost, a visitor arrives in his valley and changes everything.

After a lifetime spent lost in his beloved books, Prince Emory awakens to find his villainous aunt working to usurp the throne of Fontaine. When she sends him on a dangerous quest, he’s certain the journey is a trap, but he’s not willing to accept defeat without a fight.

But a fight is something Rory is unprepared and untrained for, until he’s saved by a handsome, unassuming farmhand and his snooty, smug, and surprisingly talkative unicorn.

Beth Bolden is a known author to me but this was a completely different book for me from her contemporary mm writings.
Yours, Forever After is such a wonderful treat in the fantasy mm genre.  This story/ fairytale has it all a king who betrays his son, Graham/ Gary, an evil regent aunt who wants  to get write of the legitimate heir, Emory/ Rory, a unicorn, a magic sword and a quest. Gary an Rory of Course get their HEA.
Yours, Forever After starts full on in an action scene which drew me straight in and did not let me go till I reached the end. I really appreciate that the additional novella (part 2)  is included in which we follow both men when  Rory is preparing to officially take the throne about six months  after the initial book ends.That story includes a great twist which holds on till almost the end.
The narration by Brennan Rossi is so well done, characters are very distinctive. Pacing and the flow are complimentary to the original book. They are a new narrator to me and I am looking forward to more work by them. 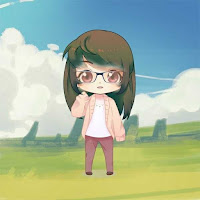 Reviewer's Bio:
Laora is a European girl who loves to read and listen to audiobooks.  Her reviews can be found on Audible UK, Amazon (Dutch/International) and here on MM Romance Reviewed
5 Stars Audio Code provided Fantasy