Beauty and the Bro by Norah Belle 5* New Author! 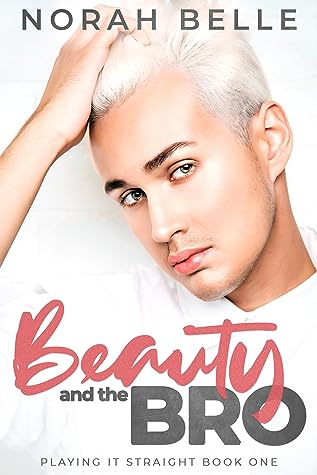 I love an unapologetically fem guy and that's what I was hoping for when I saw the title Beauty and the Bro - but what I got was so much more...

Ghosted by his long-term girlfriend, Dylan needs a roommate, and this Riley chick seems like the perfect candidate. If only Riley hadn’t turned out to be a guy. A guy who is so obviously gay.

Done with his ex-boyfriend’s jealousy, Riley is looking for a fresh start. But when his new roommate proves to be less tolerant than Riley had hoped, he finds himself slipping into old patterns. It doesn’t help that the guy is a bit of a man-child either.

Neither is the obvious choice for the other, yet somewhere along the line of navigating their toxic exes, movie nights, and reviving Riley’s old dream of running a makeup channel, sparks begin to fly.

But can this thing they have exist beyond the four walls of Dylan’s condo?

My review:
While Riley appears strong and comfortable in his gay identity, he has been through so many difficult situations that he's vulnerable and needs someone to bring his confidence back. Dylan needs... well... not to be a bro.
I really love the character development, both the principal MMs and the secondary characters and Norah Belle's writing style. I am truly looking forward to the next installment of the Playing it Straight Series!