Taken By The Dark by Feral Thorne 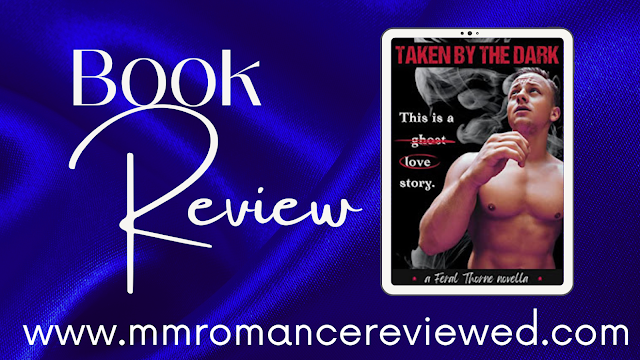 Janet calls Taken By The Dark, "A great debut! Taken by the dark is a short story that packed quite a punch with a lot packed into it. Ghostly tentacles, dark with horror and murder."
From the blurb:
What's a little death between soulmates? 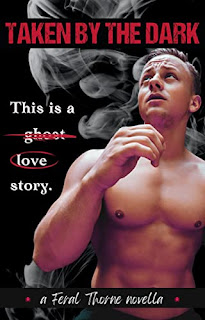 1957
David is trapped with his deadbeat, alcoholic father, renovating some rundown old mansion. He's only 23, but he gave up on love a long time ago. He has a sick brother to care for and a world that thinks everything about him is wrong.
People like him don't get to fall in love.
But, when something unnatural appears in his dreams, it feels like something special. Maybe he's going crazy. Or maybe the thing haunting him is his chance to never be alone again.
Taken By The Dark is an MM Murder Husbands Erotic Romance about the power of soulmates finding each other across the vale. Featuring ghost tentacles, high spice, dark themes and graphic horror.
It is the debut story from MM Romance Author Feral Thorne.
Janet's Review:
A great debut!! Taken By The Dark is a short story that packed quite a punch with a lot packed into it.
David is abused by his father. He also takes care of his brother. The ghost of James lives in David’s room and wakes up.
The story was actually really good. Ghostly tentacles, dark with horror and murder.
Seriously steamy read. The writing hooked me, the only thing I would change is to make it longer or maybe write more short stories and make it a series.
Well written and was over way to fast but overall it was seriously good if you like, horror, murder and ghostly tentacles, I would recommend!
Rating: 4.5 Stars
4.5 stars ARC historical Horror Janet Paranormal short soul-mates