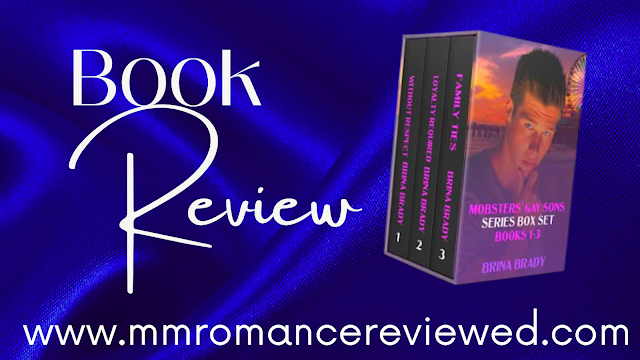 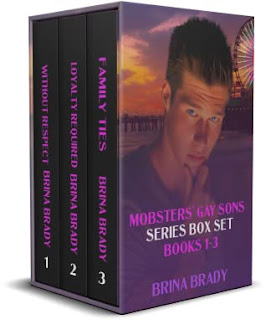 Box set for the three-book series.
WITHOUT RESPECT Book 1
An Italian mobster raises three sons, but Sal’s youngest son, Benito Banetti, is gay. His father would never permit Ben to be in an openly gay relationship. But Ben intends to change that when he finds the man he wants. When it turns out the man Ben’s been seeing is a Banetti family enemy, his father gives him an ultimatum. Either he marries his cousin, and all is forgotten, or if he chooses to be with Mishka Chernov, a Russian mobster, he will disown him.
Mishka Chernov took over his family’s business out of love and respect for his father; however, he has come to realize he isn’t suitable for this top position in the family. Mishka meets a beautiful man at a sleazy bar, and when he finds out who this man is, he still wants him regardless of the problems Ben Banetti would cause his family’s business. Mishka wants the same freedom and separation from the family business that Ben has.
Without Respect is about two men raised by mob bosses, realizing their families are enemies, but neither is willing to walk away. This story is book one of a MM romance that follows their relationship. It has some D/s and light BDSM elements.
Loyalty Required Book 2
The Chernovs and the Banetti family have been at odds for years. Ben Banetti fights to be with Mishka Chernov, but his Italian mafia family continues to interfere with their relationship. When Ben’s father disowns him, he finds a new one in Shurik, Mishka’s father, who welcomes him as his son. Living with Mishka causes unforeseen consequences for the couple and those around them.
Mishka desires the same freedom and separation from the family business that Ben has, and his father agrees to help him go legitimate. At the same time, he continues to work at strengthening his relationship with Ben as the couple decides to explore a BDSM relationship. There are plenty of thrilling, dangerous moments, as well as emotional and tender moments, as they dodge danger from coast to coast.
Loyalty Required is about two gay men raised by mob bosses, realizing their families are enemies, regardless, both want their happily ever after. This story is book two of a MM romance that follows their relationship. It has some light BDSM elements.
Family Ties Book 3
Ben believes he finally has his happily ever after ending, but learns how wrong he is. Living in California gives Ben love, opportunities, and acceptance. However, he isn’t as safe as he thinks. The Banetti family persists in interfering, causing problems in his marriage and for the Chernovs. Ben’s family threatens to shatter his happiness down many notches. Maybe one too many times, destroying everything he’s worked for.
Mishka Chernov achieves his dream of ending all family ties to criminal operations in New York materializes. Ben and Mishka begin a new life in California surrounded by the Chernov family. He acquires a legitimate business and finds himself in college.
Family Ties is about the continuation of two mobsters’ gay sons’ series. Ben and Mishka realize their love and marriage will always cause problems between their mafia families, one Russian, the other Italian, but they fight for their love. This story is book three in the Mobsters’ Gay Sons.
Laora's Review:
MOBSTERS’ GAY SONS SERIES BOX SET was good to read, I always prefer one above loose books in a series. All three books have the same couple at their centre. It follows both men from their 'hook-ups' till their relationship after their marriage. And all it takes them to get there.
The story had a fair bit of heat , with d/s. The mc's characters in general are developed sufficiently, but in some parts I wished the details where more filled in, why they behaved or react in a certain way.
Rating: 4 Stars
MOBSTERS’ GAY SONS SERIES BOX SET is currently available in e-book and audiobook and can be read as part of your Kindle Unlimited Subscription