A Guy Walks into a Bar by Chassidy Ann 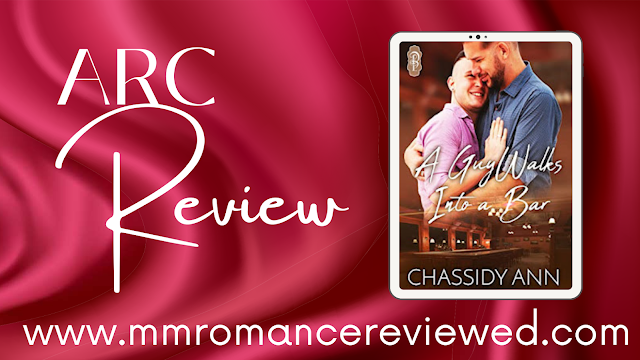 Finding love with a realistic family and friends dynamics in A Guy Walks into a Bar.
From the blurb: 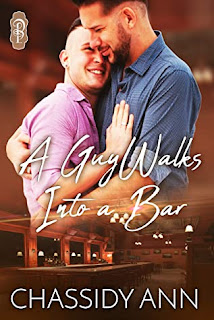 Aaron Landon has the job of his dreams and a great group of friends who always have his back. The only thing missing from his life is someone to share it with.
While helping one weekend at his cousin’s bar, he meets a man named Wes, with whom he has an instant and intense connection. After the hottest one-night stand of his life, he can’t stop thinking about a man he’ll probably never see again.
Wes was up front with him about only looking for a one-night thing, but it would seem that fate has other plans. They are thrown together time after time in a series of coincidences and find that the connection between them grows with each encounter.
Wes tells him that he isn’t in a position to start a relationship, but actions speak louder than words, and Aaron can’t help but feel that Wes, too, wants more. Besides, who are they to fight destiny?
A Guy Walks into a Bar is a MM Romance featuring a 1Night-Stand turned to love, obstacles overturned, and coincidences that are anything but.
Laora's Review:
This insta attraction one night no strings attached fling turns into so much more for both Aaron and Wes.
Cassidy Ann wrote a story with care and attention to detail and realistic family and friend dynamics.
Wes is a widower after losing his wife several months ago, but really they had a non functioning relation for years. Aaron came out of a relationship.
A Guy Walks into a Bar was a story I needed to finish because I wanted to know how all the dynamics would play out, especially in relation to the children. This story finds its hea after a break.
Rating: 4 Stars
A Guy Walks into a Bar is currently available in e-book and paperback and can be read as part of your Kindle Unlimited Subscription
4 Stars ARC Contemporary instant attraction KU Laora One Night Stand